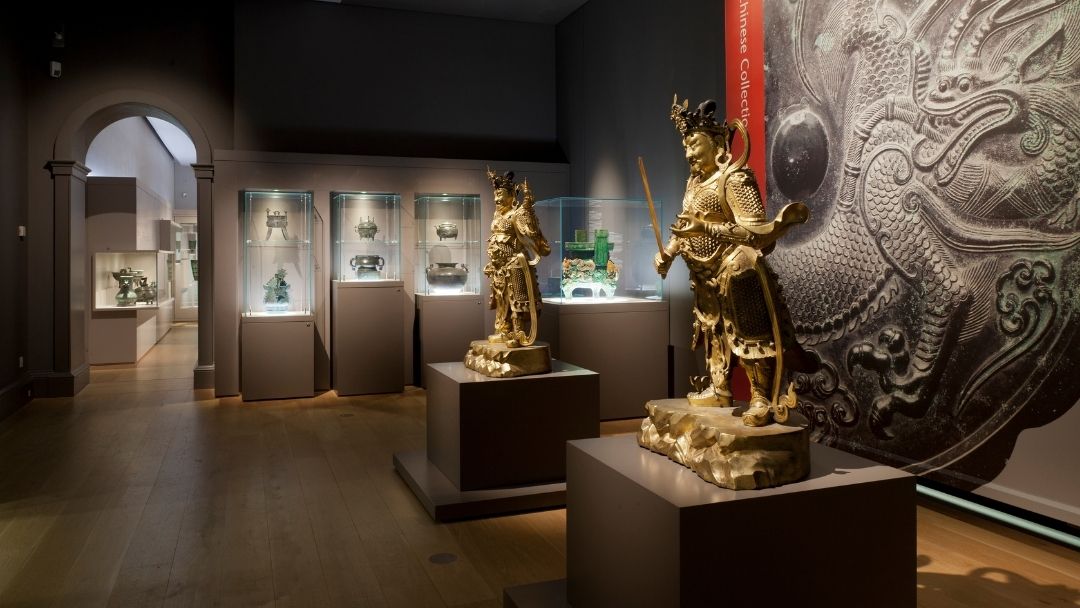 Our Chinese collection centres on the magnificent bronze ritual objects and vessels which the ancient Chinese buried with their dead. Produced over a period of over 1500 years, under many different Chinese rulers, the bronzes date from the early Shang Dynasty (c.1500 to 1050 BC) to the Han Dynasty (207 BC to AD 220). As in Ancient Egypt, Chinese citizens believed that the dead required food and wine to sustain them in the afterlife, and that this should be served in vessels appropriate to their status and wealth. Some of the most extraordinary bronzes ever cast were made for this purpose. The collection also includes pottery pieces, such as a set of twelve painted pottery equestrian figures made for placing in a tomb to guard the deceased. The forms and motifs of the works in our collection continued to be seen in Chinese culture for many thousands of years and were repeated in many different materials.

The redisplay of this collection was made possible through grants from DCMS/Wolfson Museums & Galleries Improvement Fund and Arts Council England.