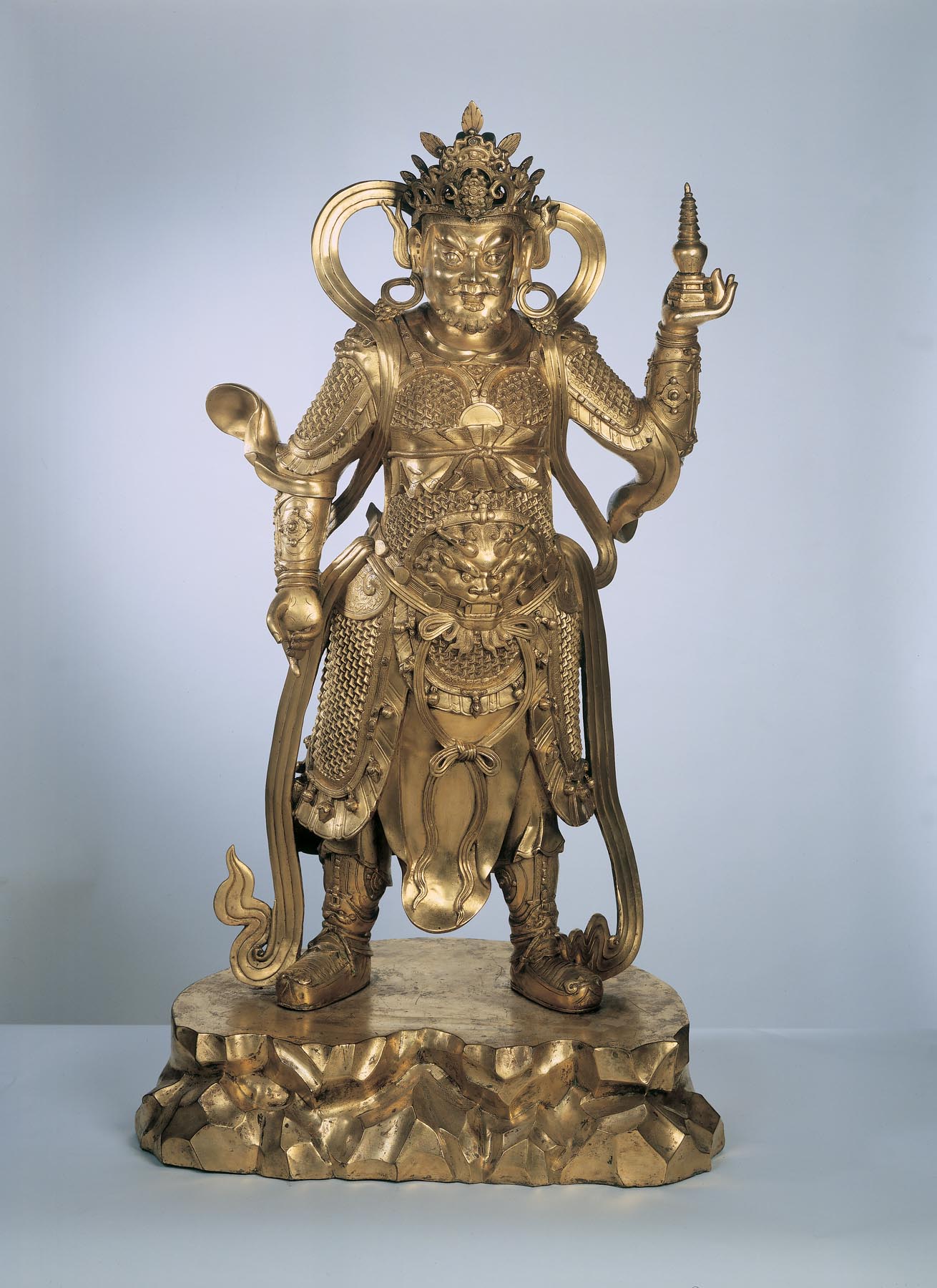 These imposing figures, cast in bronze and gilded, represent two of the Four Heavenly Kings (si da tian wang), or Guardians of the Four Quarters. Of Buddhist origin, the figures took the form of warriors in Chinese culture, and would have been situated at the entrance to a temple in order to protect against evil spirits and Barbarian invasion. The imagery of the Four Heavenly Kings was also adopted into the Daoist tradition, from which these figures originate. One bears a sword and may be identified with the Guardian of the West (called Ma), while the other holds a stupa (a small pyramid or shrine) and is thought to be the Guardian of the East (called Li). The two remaining guardians, known by the names of Chao and Wen, would have held two swords and a spiked club respectively.