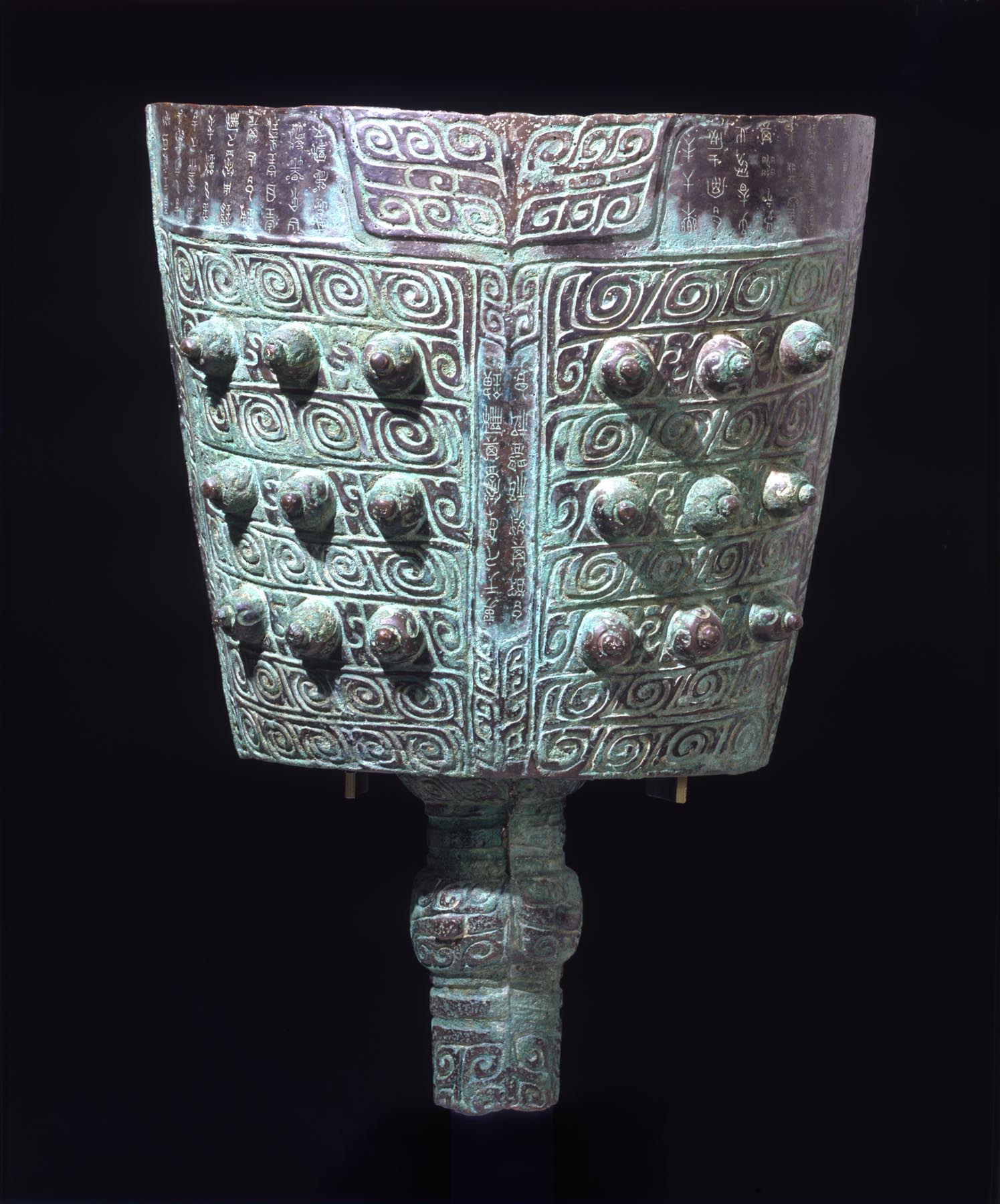 This is the oldest of the three bells at Compton Verney. Such massive bells, which developed from small, hand-held versions that were common in the Shang capital, were made only in the Yangzi river valley, a region which at the time was at the edges of the Shang or Zhou state. It was probably in making bells such as this that bell casters first mastered the technology for making two-note bells. This technology then spread back north to the Chinese heartland, allowing for the development of the elaborate chime sets that would soon follow. The long inscription on the bell was added later.