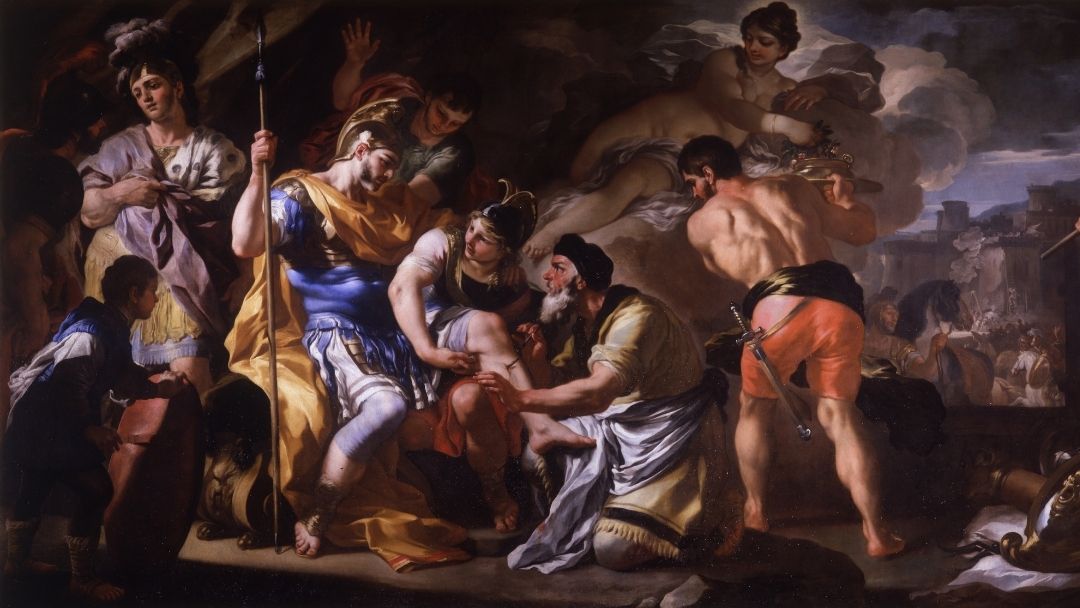 We have one of the richest collections of Neapolitan art in the world outside Naples, representing a cross-section of works from the ‘Golden Age’ of Neapolitan art. By 1600 Naples was one of the largest cities in Europe, second only to Paris and with a population three times as large as Rome. It was a city of extremes, combining natural wonders and Catholic devotion with crime and poverty. These contrasts are suggested in the vivid religious, mythological and still life scenes of Luca Giordano (1634-1705), Francesco Solimena (1657-1747) and Giovan Battista Ruoppolo (1629-93). After 1700, the city became an established destination on the Grand Tour itinerary, with foreign visitors and artists alike drawn by the opportunity to witness a dramatic eruption from Mount Vesuvius. Paintings by Gaspare Vanvitelli (1652/3-1736), Pietro Fabris (active 1754-1804) and Pierre-Jacques Volaire (1729-c.1792), and elaborate carved wooden and coral pieces capture the romantic appeal that Naples held for visitors.