Magnum Photos: Where Ideas Are Born, David Batchelor: Colour Is and our permanent collections will be open on Saturday 25 June. Please note that due to a wedding taking place, the Ground Floor Galleries will be closed from 2.30pm. 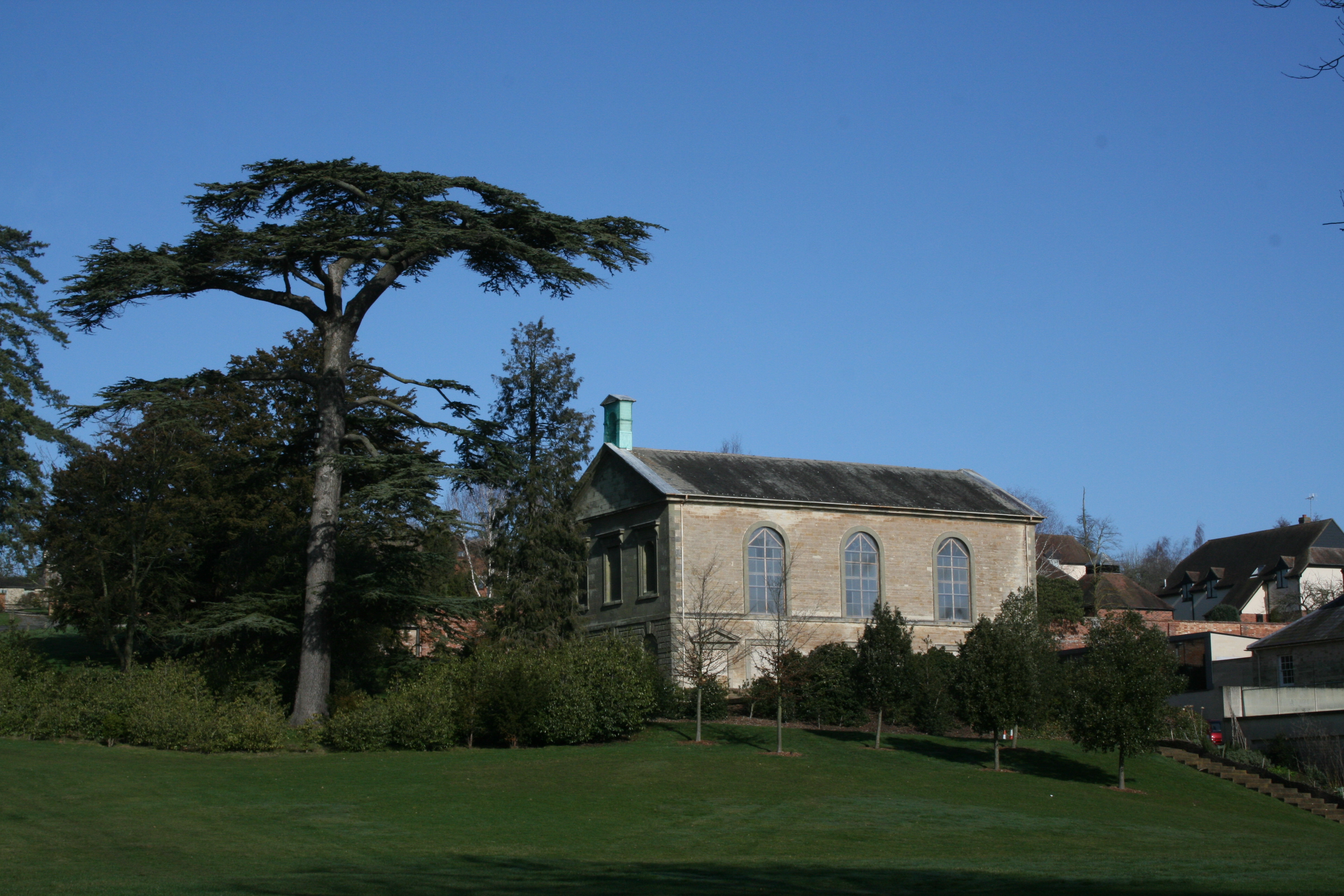 In 1772 the old medieval church of Compton Murdak which stood a short way to the South East of the house near the lake was demolished to open up views from the house. An obelisk now marks the site of the original church and crypt.

Brown replaced it with a new chapel located on the slope to the north of the house, which was begun in 1776 and completed in 1780.  It is a plain, Palladian-style Chapel built in 1776-9 to Brown’s design to the north of the house, for a total cost of £981 10s 4d.  The tombs of earlier Verneys were moved to the new chapel, along with a mixture of English heraldic and German Renaissance glass panels which had either decorated the old chapel or were collected by a stained-glass dealer during the 1770s.  Today, it stands as a rare example of a building designed by Brown.

Like the rest of the estate the chapel suffered from years of neglect and abuse from previous owners. The medieval glass was sold in the late 1920’s (some can be seen in the museum in Warwick and at the Burrell Collection in Glasgow, the whereabouts of the rest is unknown) and the pews removed.

In 1988, the site’s former owner made a number of unauthorised alterations to the interior, including the removal of some of the pews and the pulpit.

During the restoration of the house and grounds in the late 1990s, the Chapel was structurally secured and repaired. However, the interior has essentially remained in the state in which it was left in 1988.

Restoration of this magnificent building was completed in summer 2016 in celebration of the 300th anniversary of the birth of Lancelot ‘Capability’ Brown.

Restoration of the Chapel has been funded by the Heritage Lottery Fund.