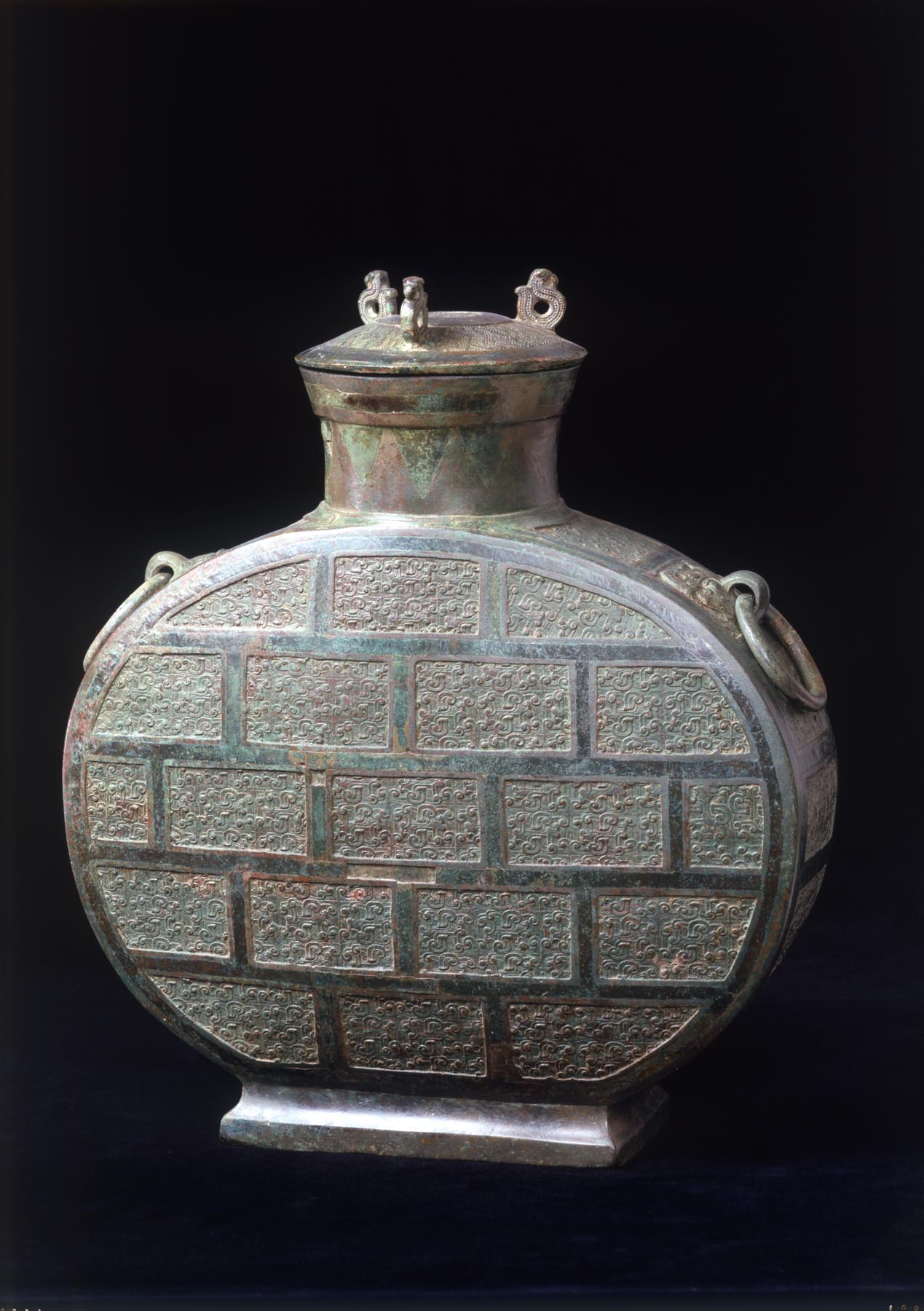 Many of the bronze vessels later reworked in other materials came from early standardised ritual sets produced in the Shang and Western Zhou dynasties, such as the gu, ding and gui, but this is not universally so. The bronze bianhu - meaning something like ‘ attened vase’ - was only introduced in the Warring States period when social and political change was bringing old rituals to an end. One such change was the increasing presence in China of nomadic peoples, and it is likely that the bianhu was inspired by practical vessels used for carrying water on horseback. Practicality was not an issue for the bronze, cloisonné or jade versions of this vessel. Whether they are called bianhu, moon asks or pilgrim asks, later versions offered a large surface for opulent decoration. The panels on this bronze bianhu contain nely detailed cloud scrolls and are separated by borders inlaid in silver which has turned black over time. The cloisonné moon ask is decorated with the eight Buddhist emblems: the Chakra or Flaming Wheel, crushing all delusions and superstitions; the Conch Shell, a symbol of royalty, dignity and high rank; the Umbrella, a symbol of spiritual authority and charity; the Canopy or Bell, implying respect and the sound that disperses evil spirits; the Lotus Flower, a symbol of truth, fertility and purity; the Vase, symbolising perpetual harmony; a pair of Fish, a symbol of marriage and fertility; and the Endless Knot, a symbol of longevity, in nity, and eternity.