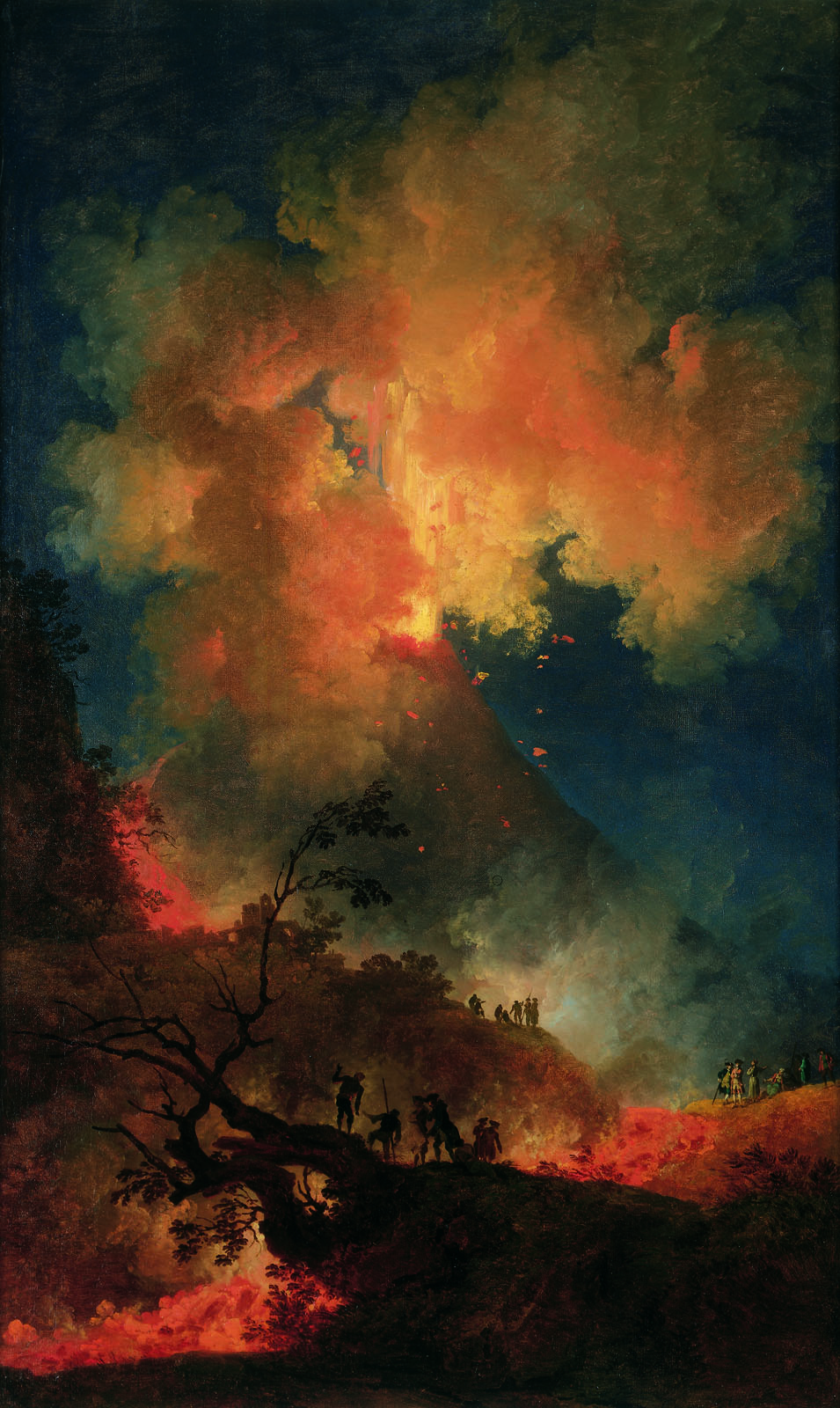 Pierre-Jacques Volaire, a native of Toulon in the south of France, settled in Naples in 1769. Though Volaire’s seascapes had established his reputation, soon after his arrival in Naples he turned his attention to painting spectacular views of the eruptions of Vesuvius, a regular occurrence in the 1700s. The discovery of the Roman towns of Herculaneum and Pompeii in 1738 and 1748 respectively – buried in the eruption of AD 79 – reinforced the destructive power of Vesuvius in the popular imagination.