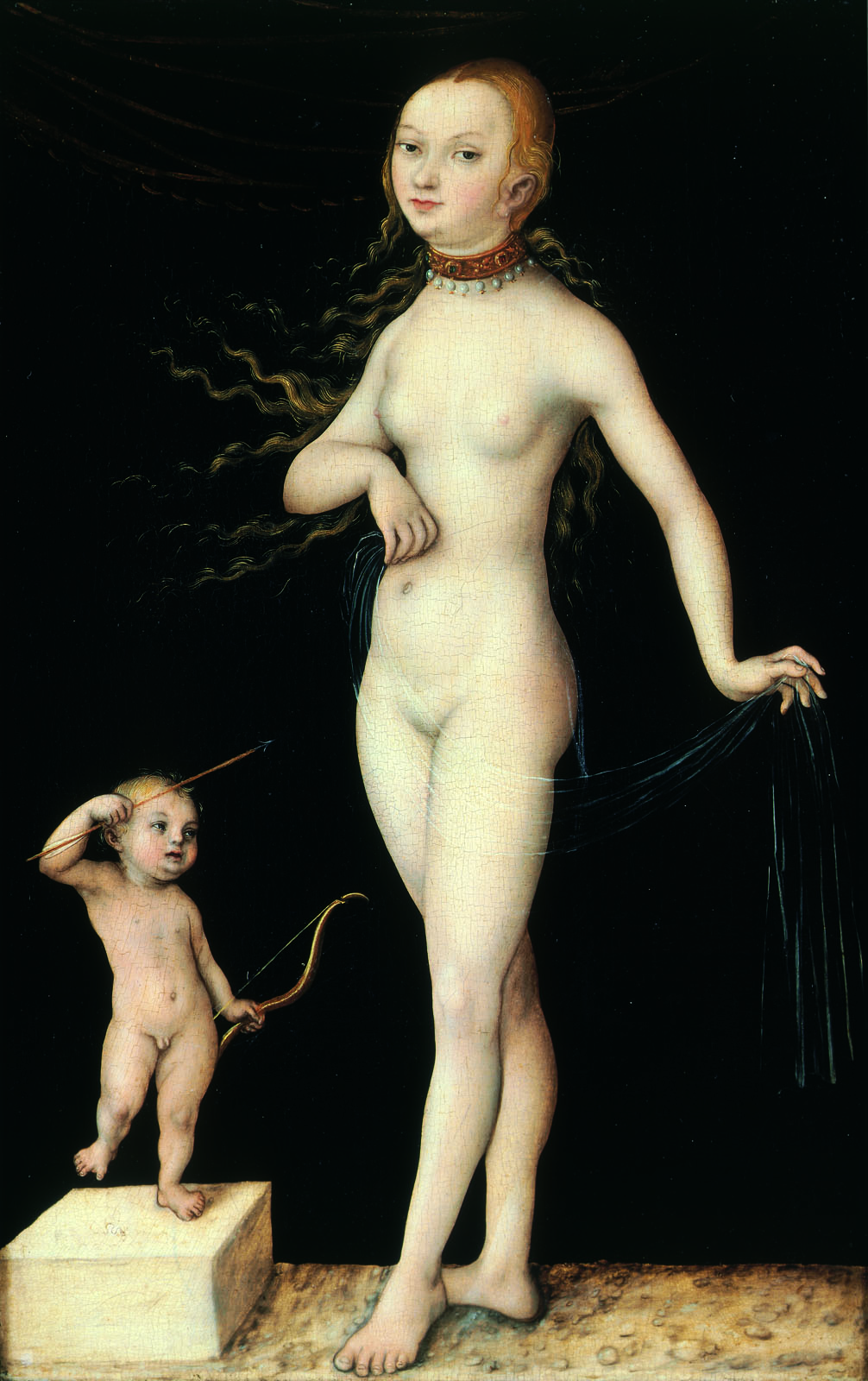 This painting is one of the earliest of Cranach’s smaller depictions of this popular subject. Nudes did not appear significantly in Cranach’s work until at least 1520, but thereafter many mythological, biblical and historical characters emerge, and representations of the female nude are amongst the most coveted of his works. Examination by infra-red has shown that Venus was originally painted wearing a large crimson hat, now covered by the brown curtain behind her head.

Lucas Cranach the Elder Venus and Cupid About 1525 © Compton Verney