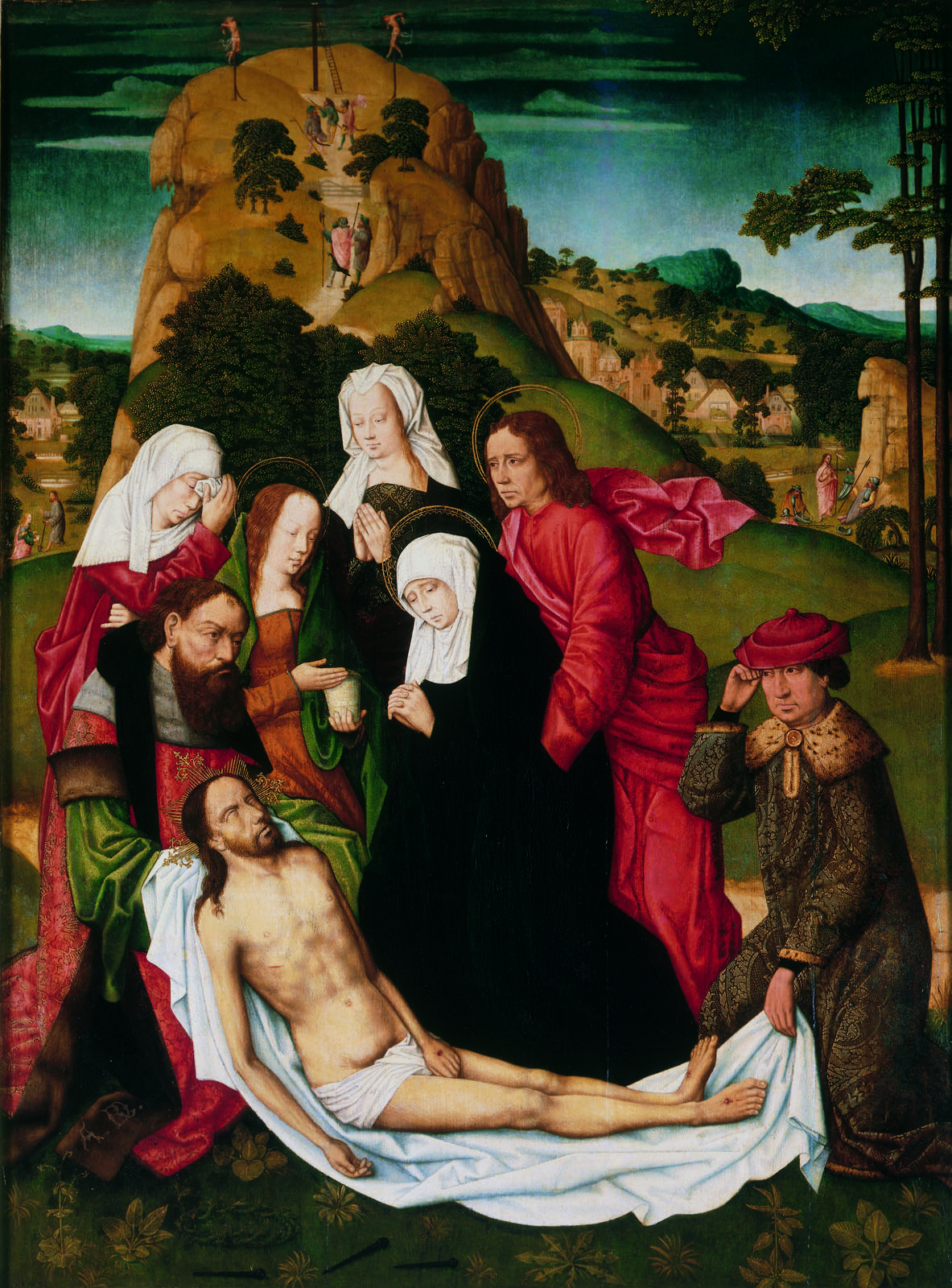 This painting was produced in the studio of a little-known artist practising in Antwerp, who was called the Master of Frankfurt on account of his commissions for the citizens of Frankfurt. It depicts the mourning which took place after Jesus has been taken down from the cross (the cross on Mount Calvary can be seen in the background as part of the narrative). Christ’s body is held by Joseph of Arimathea whilst Nicodemus is by his feet. The Virgin is supported by Saint John and behind her stand three women: Mary Magdalene with a pot of ointment, possibly Mary, mother of James and Joseph, and Mary, wife of Cleopas. The painting contains a number of naturalistic details, including the plants in the foreground.

The Master of Frankfurt The Lamentation About 1500 © Compton Verney