The Interior of the Rotunda, Ranelagh 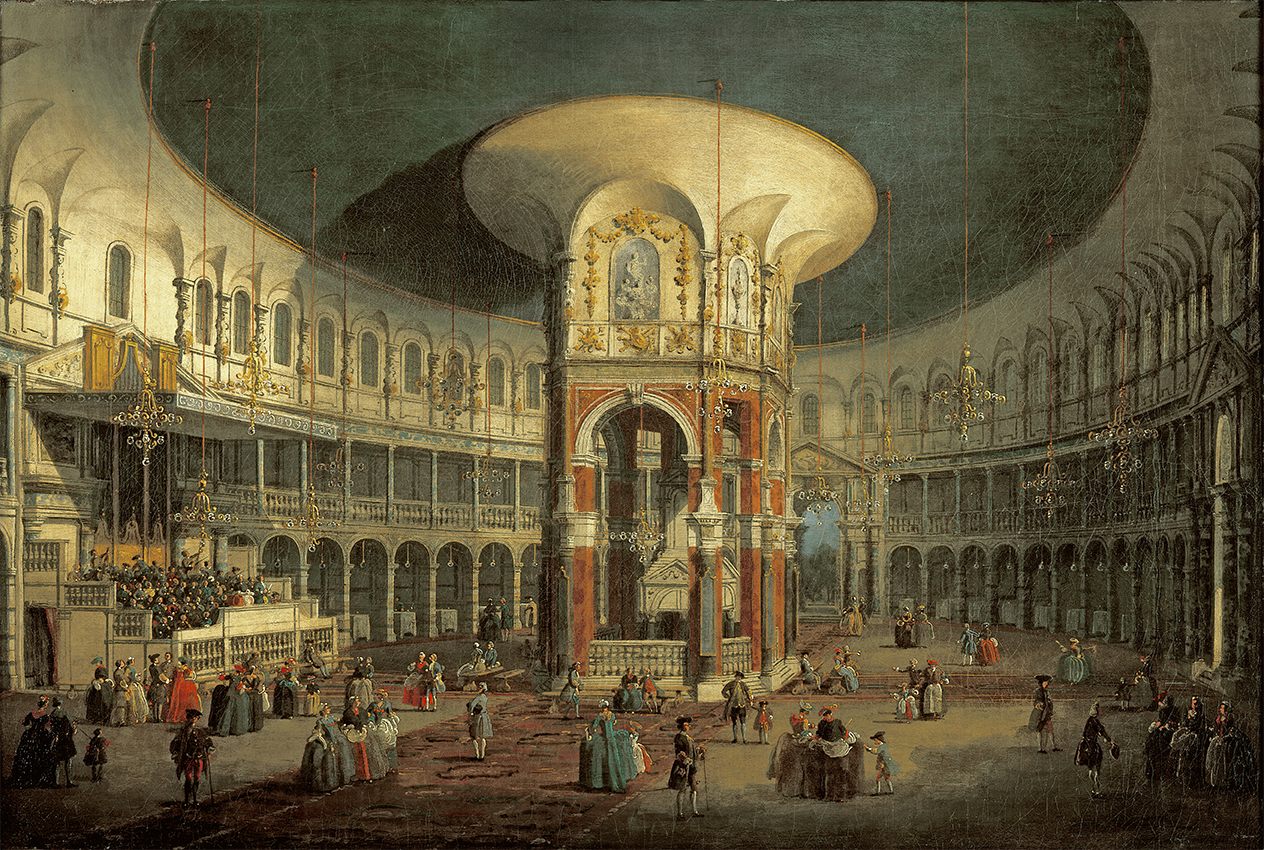 The Interior of the Rotunda, Ranelagh

Currently on Loan to the exhibition Hogarth in Europe, Tate Britain

With this interior view of the rotunda at Ranelagh Gardens Canaletto captures the atmosphere and excitement of the cavernous structure, which opened in 1742. Made chiefly of wood, the rotunda was erected in Ranelagh Gardens, Chelsea (then outside London). A venue for concerts, balls and performances, the circular building featured 100 private supper boxes and an orchestra, and was built around a central support with a chimney and fireplace to heat the space in winter. The fashionably dressed men, women and children who stroll around the interior provide a sense of scale – the building was 150 metres wide. In 1764 the rotunda played host to a concert by the nine-year-old Mozart, but gradually pavilions and formal gardens fell out of fashion: in 1803 it closed, and in 1805 it was demolished. This is one of two interior views of the rotunda that the Italian artist Canaletto painted during his nine years in England; the other, showing the opposite side of the interior, is in the National Gallery, London.

Canaletto The Interior of the Rotunda, Ranelagh About 1751 © Compton Verney