The Grotto of Pozzuoli, with Virgil’s Tomb 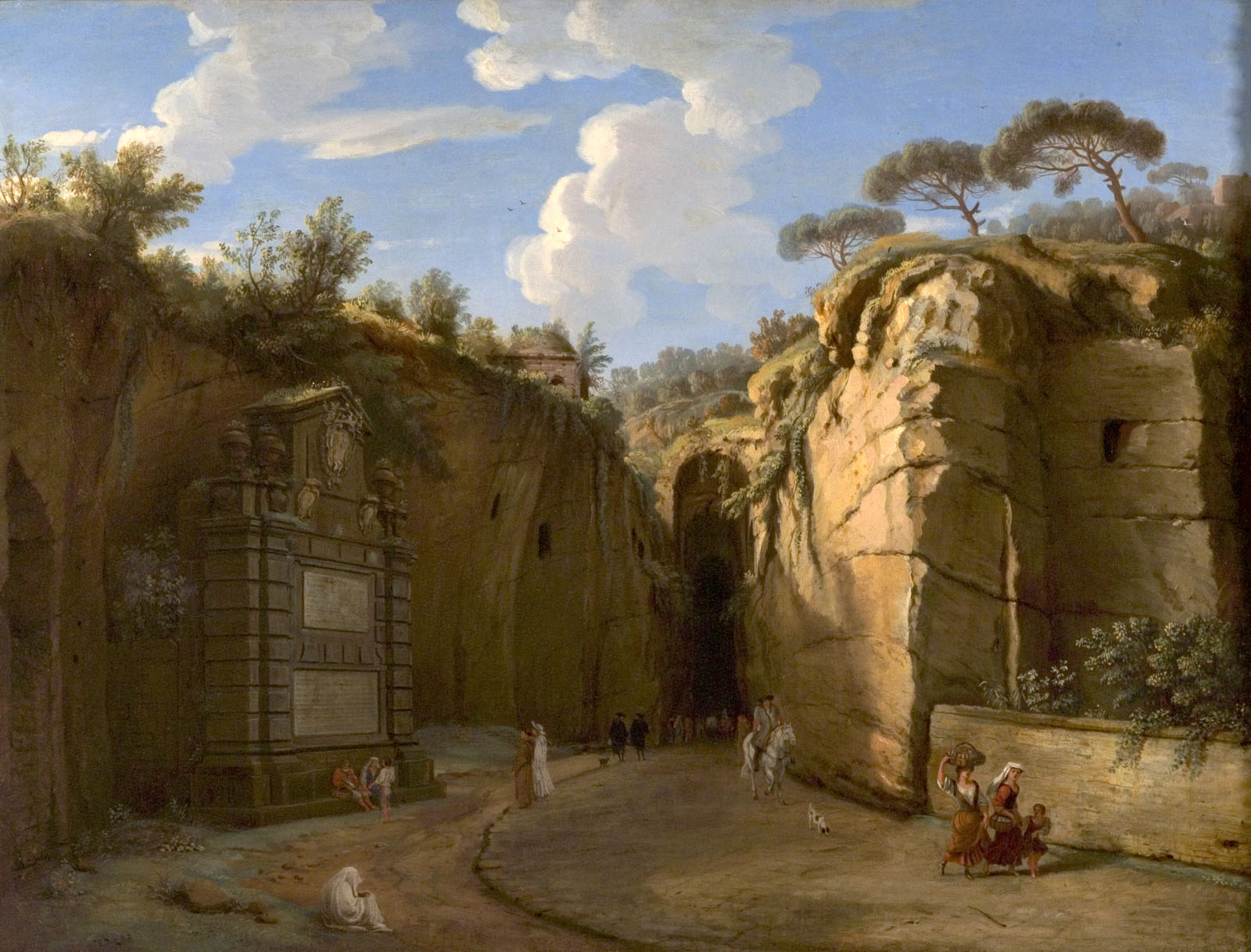 The Grotto of Pozzuoli, with Virgil’s Tomb

The Grotto at Pozzuoli was a 700-metre long tunnel built by the Roman emperor Nerva, which linked Naples with nearby Pozzuoli. It was believed to be the burial place of the Roman poet, Virgil, and his tomb can be seen to the left of the entrance to the grotto. Van Wittel produced twelve versions of this composition in order to satisfy popular demand.