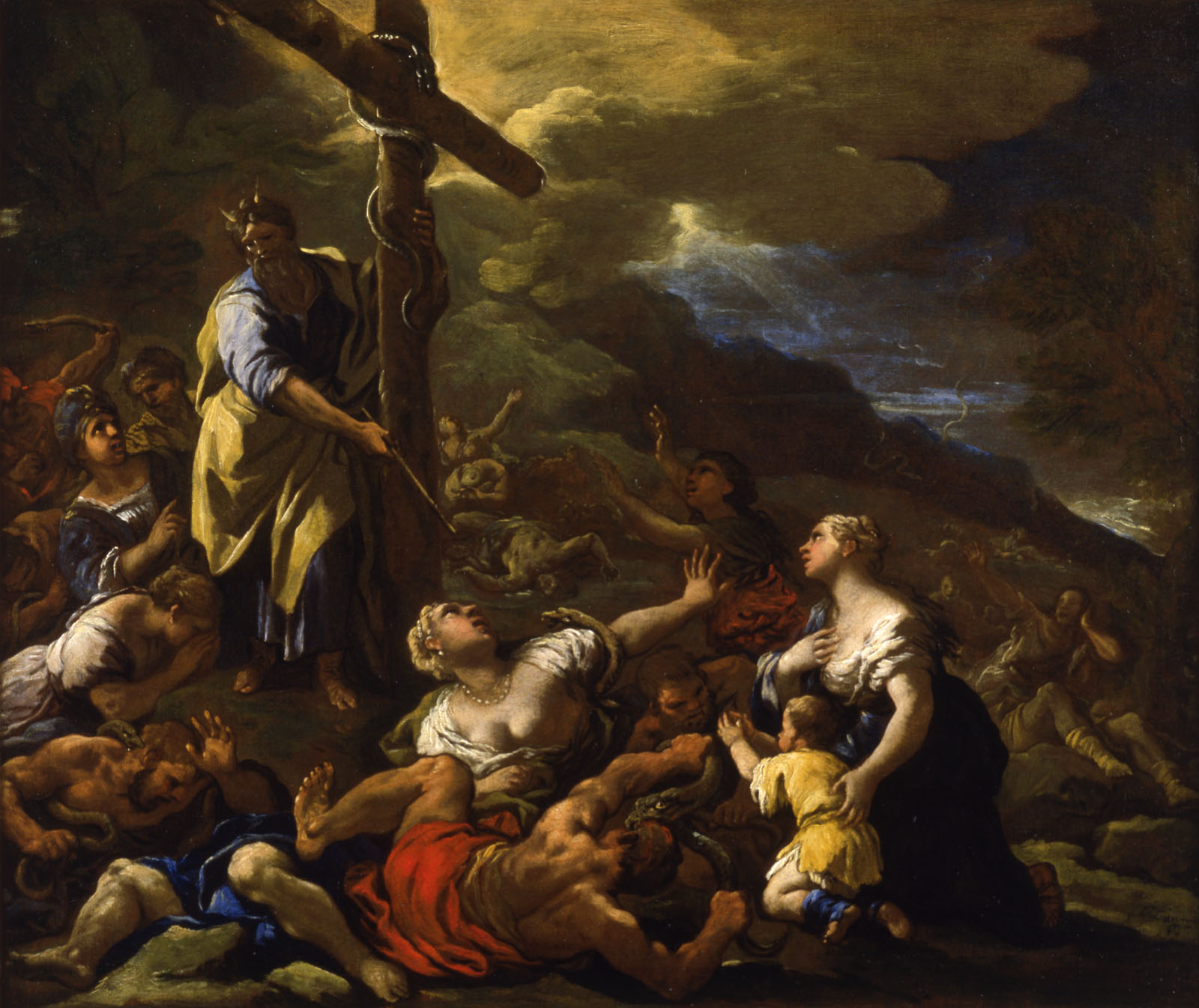 This pair of paintings depicting stories from the Old Testament date from Giordano’s later career where he began to move towards a more expressive use of light and colour. The Brazen Serpent depicts the people of Israel being attacked by a plague of serpents sent by God because of their lack of faith. Moses intercedes with God who instructs him to set up a fiery serpent on a pole because “everyone that is bitten, when he looketh upon it, shall live” (Numbers 21:8). The brazen serpent acts as an image of saving faith, prefiguring the Crucifixion. In The Judgement of Solomon two women bring one living and one dead child before the King. The first tells Solomon that the second woman accidentally smothered her own child in the night and out of grief swapped their children over. Both women claim to be the living child’s mother and appeal to Solomon, who proposes to divide the child between the two women with a sword. The first woman implores him to give the child to the second, while the second approves of the bargain as she prefers that they both end up childless. Thus Solomon identifies the first woman as the child’s rightful mother. Giordano captures the dramatic moment of Solomon’s proposition, just as the sword is drawn.