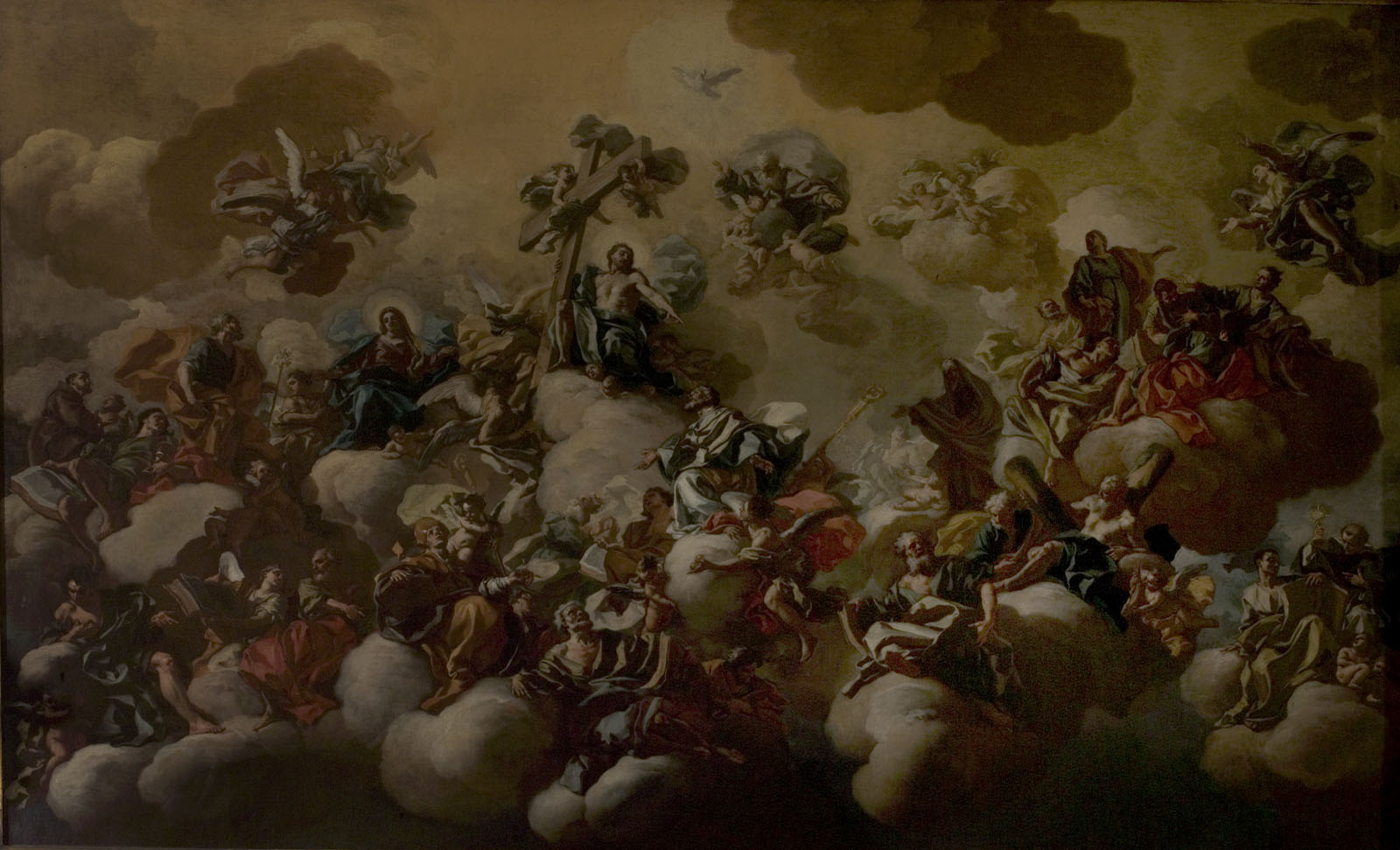 Francesco de Mura trained in the studio of the great Neapolitan painter Francesco Solimena and was one of the leading fresco painters in Naples from the 1730s. This painting is a highly finished sketch (or modello), which may have been painted to show the patron the appearance of the finished composition or to guide the artist‘s assistants in the execution of the initial stages. The commission was to decorate the dome in the church of San Nicola alla Carità in Naples, where De Mura‘s fresco survives, but in poor condition. The busy composition, which would have wrapped around the dome of the church, shows Christ accompanied by God the Father and the dove of the Holy Ghost (the Holy Trinity) welcoming Saint Nicholas, among other saints, into Paradise. Saint Nicholas, who was a bishop in what is now Turkey around 400, is shown dressed in orange vestments, with a cherub holding his crozier, lower centre left. Shortly before 1100 his relics were removed to Bari, on the east coast of Italy. He was celebrated for rescuing sailors and for bringing gifts to the poor, providing the basis for the story of Santa Claus.