Saint Mary Magdalen, Saint Anne with the Infant Mary and the Christ Child, and Saint Barbara 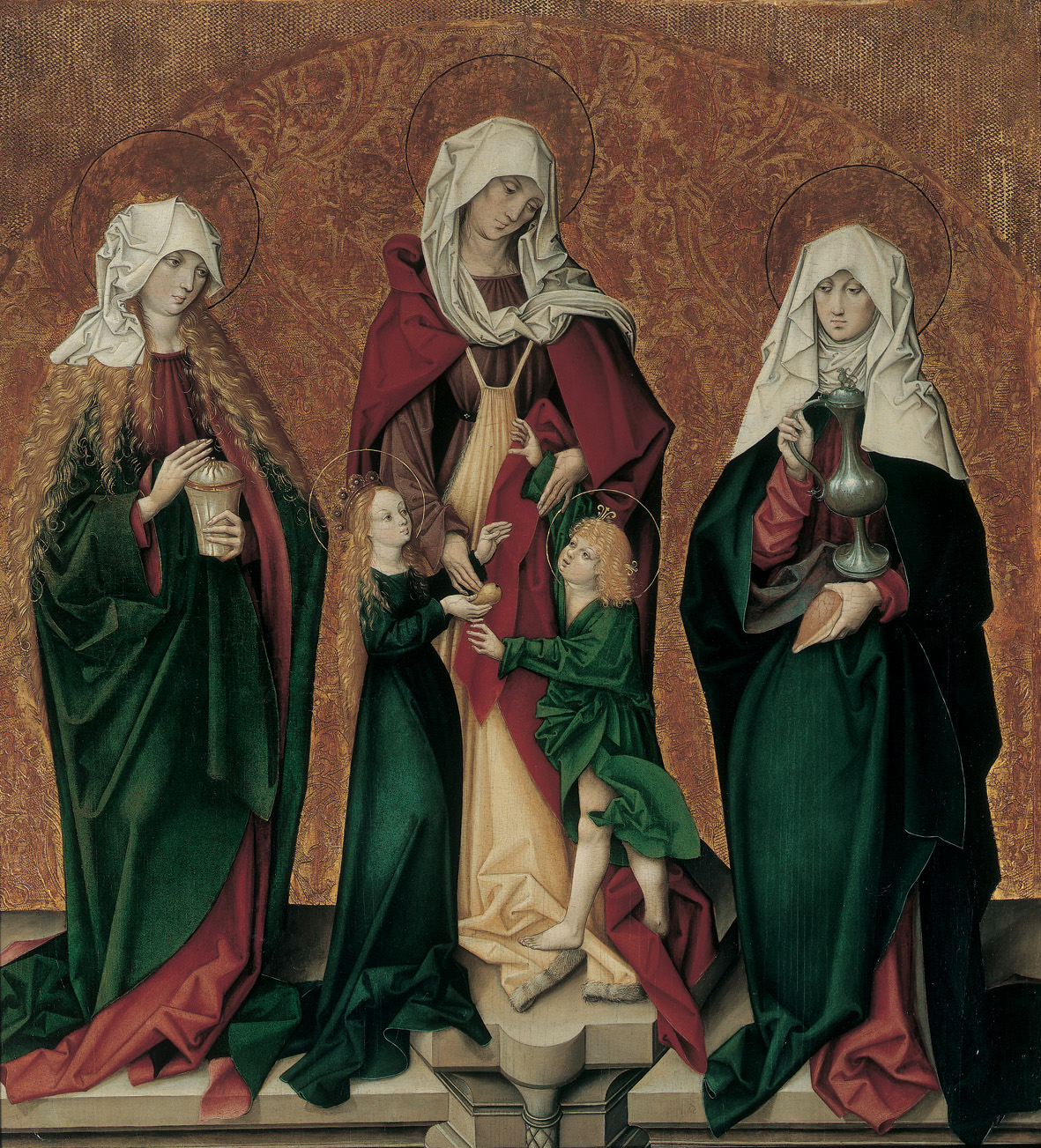 Saint Mary Magdalen, Saint Anne with the Infant Mary and the Christ Child, and Saint Barbara

These beautiful panels originally formed part of a high altarpiece by an unknown German artist in the church of Bassenheim, near Koblenz. Together with a number of other panels they would have been placed in a frame behind the altar of the church, flanking the centrepiece of a painted or carved Madonna and Child. This panel depicts three unmarried female saints. On the viewer‟s left is Apollonia, whose teeth were pulled when she was martyred, which is why she grips an extracted tooth with tongs; in the middle is Dorothy of Cappadocia with the basket of roses which the angel beside her delivered to her tormentor after her death, while on the left is an unidentified female saint carrying the palm of martyrdom. The other panel at Compton Verney shows three married female saints. On the left stands Mary Magdalene carrying the jar of ointment with which she anointed Christ‟s feet; in the centre is the mother of the Virgin Mary, Saint Anne (with the Virgin Mary as a child and the infant Jesus); to her left is Elizabeth of Hungary, who holds a loaf of bread and a jug of wine as symbols of her work for the sick and poor.

Saint Mary Magdalen, Saint Anne with the Infant Mary and the Christ Child, and Saint Barbara About 1490 © Compton Verney