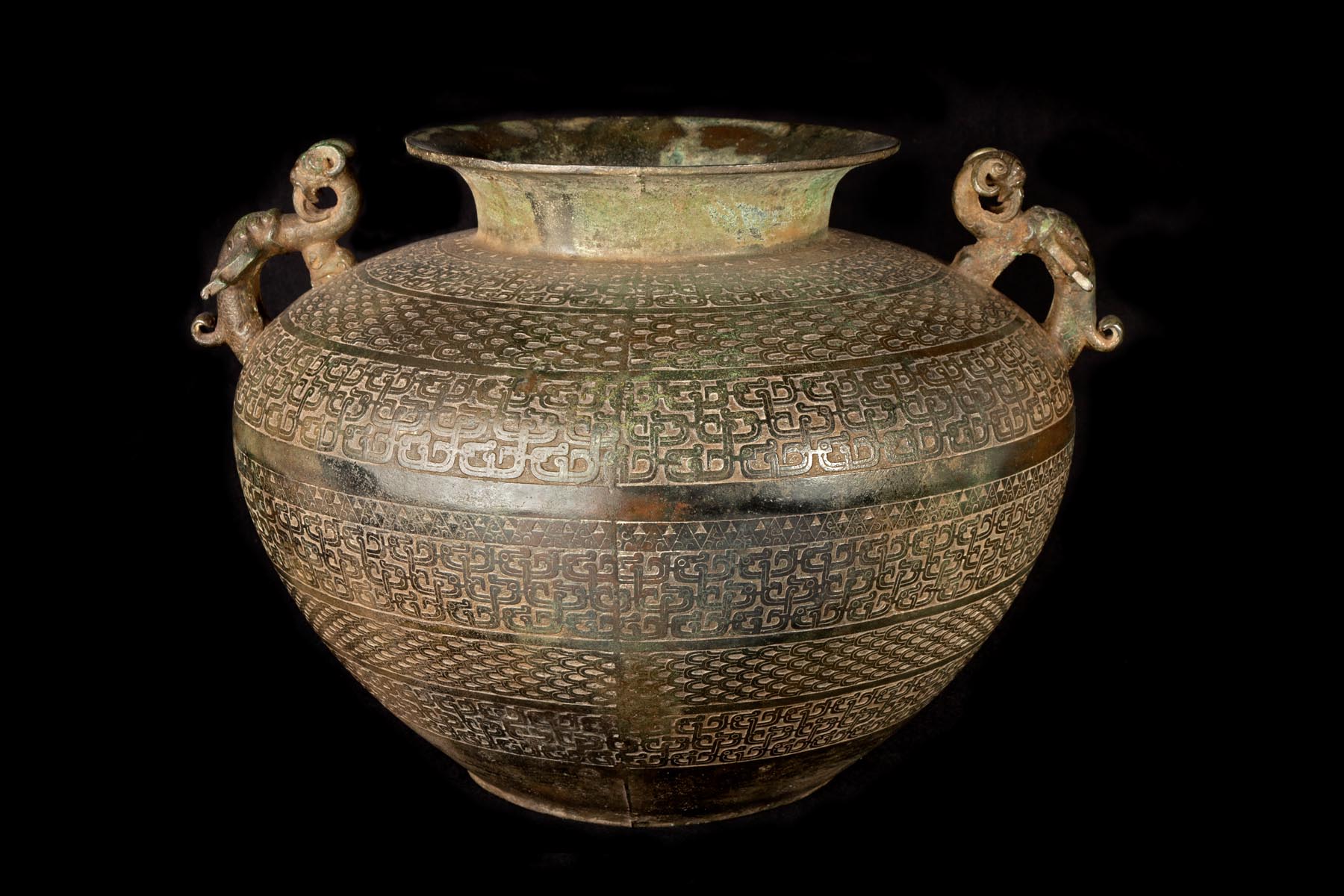 The dark, lustrous surface - or patina - on this wine container is probably the result of careful polishing by one of its previous owners. Bronzes have been collected for many centuries, not only in China but also in other East Asian countries and more recently in the West: this particular vessel was in a Japanese collection by the early 1900s. Some collectors have sought a polished appearance while others favour the often colourful corrosion products that have formed on the object’s surface over centuries which give them a more ancient appearance. It is not known what a particular bronze looked like while in use. Chinese bronze casters probably had a number of techniques for altering the appearance of bronze, and unless constantly re-polished, bronze will almost always tarnish to a dark colour. However, a few vessels have been discovered in modern times that are largely un-patinated, and these have a rich golden colour.