Ritual wine vessel in the shape of two owls, xiaoyou 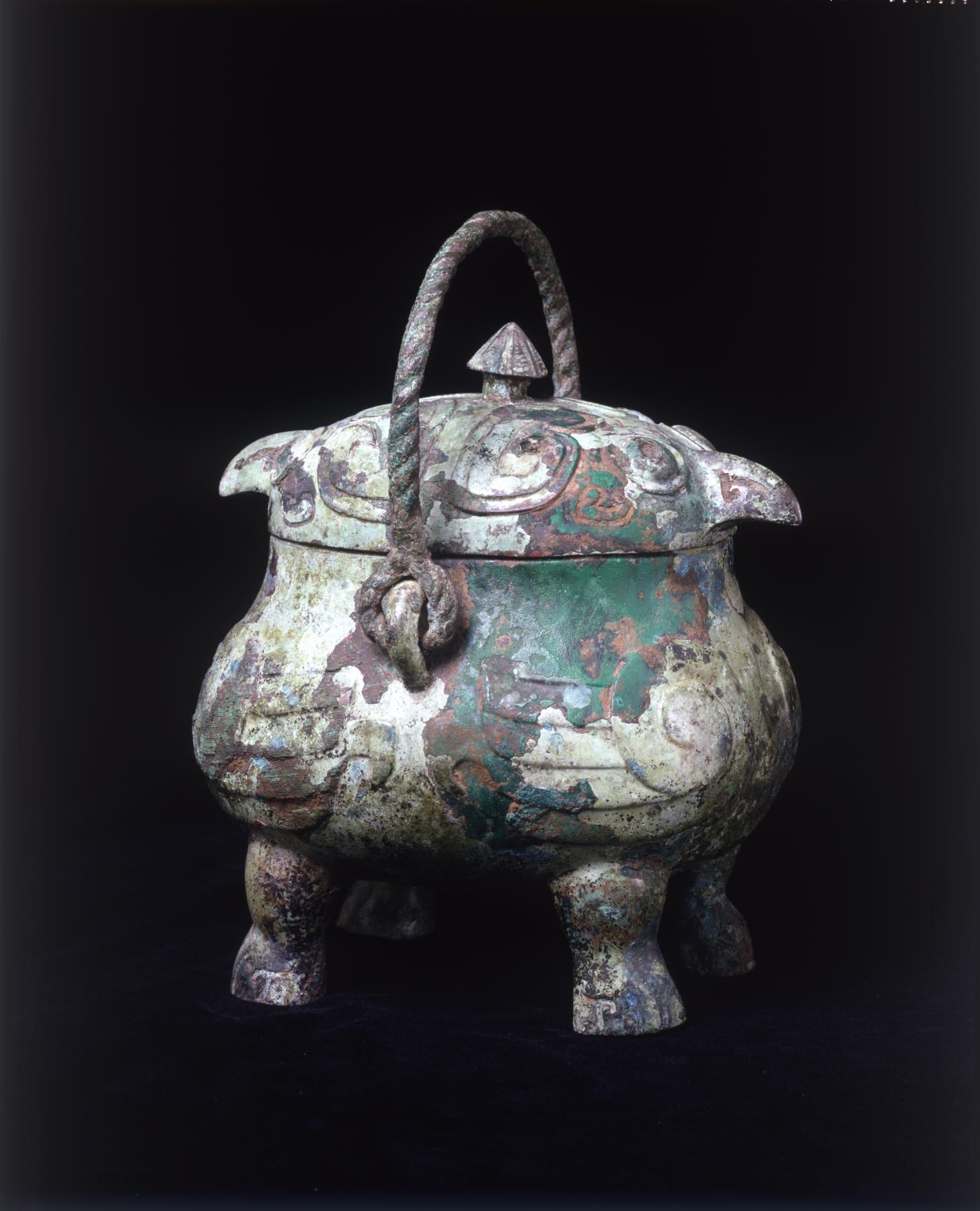 Ritual wine vessel in the shape of two owls, xiaoyou

Birds play a prominent role in early Chinese mythology. The founding ancestor of the Shang dynasty, for example, was said to have been conceived when his mother swallowed a magical bird’s egg. Later, birds were used as emblems of the sun and the south. Among bird species, owls clearly held a special fascination for early bronze designers. The owl, as seen in the fangjia in the adjacent room, is the only clearly identi able animal to assume the place usually occupied by the mythical taotie design on Shang bronzes. Vessels of different shapes and sizes were cast to resemble single owls. Most common of all were vessels such as this, roughly the same size and shape as a standard you wine vessel, made in the form of two owls back-to-back. Some of these vessels are thickly decorated with other animals and abstract designs and some, like this, leave the owls relatively free of secondary decoration.