Ritual wine vessel in the shape of a bird, lei 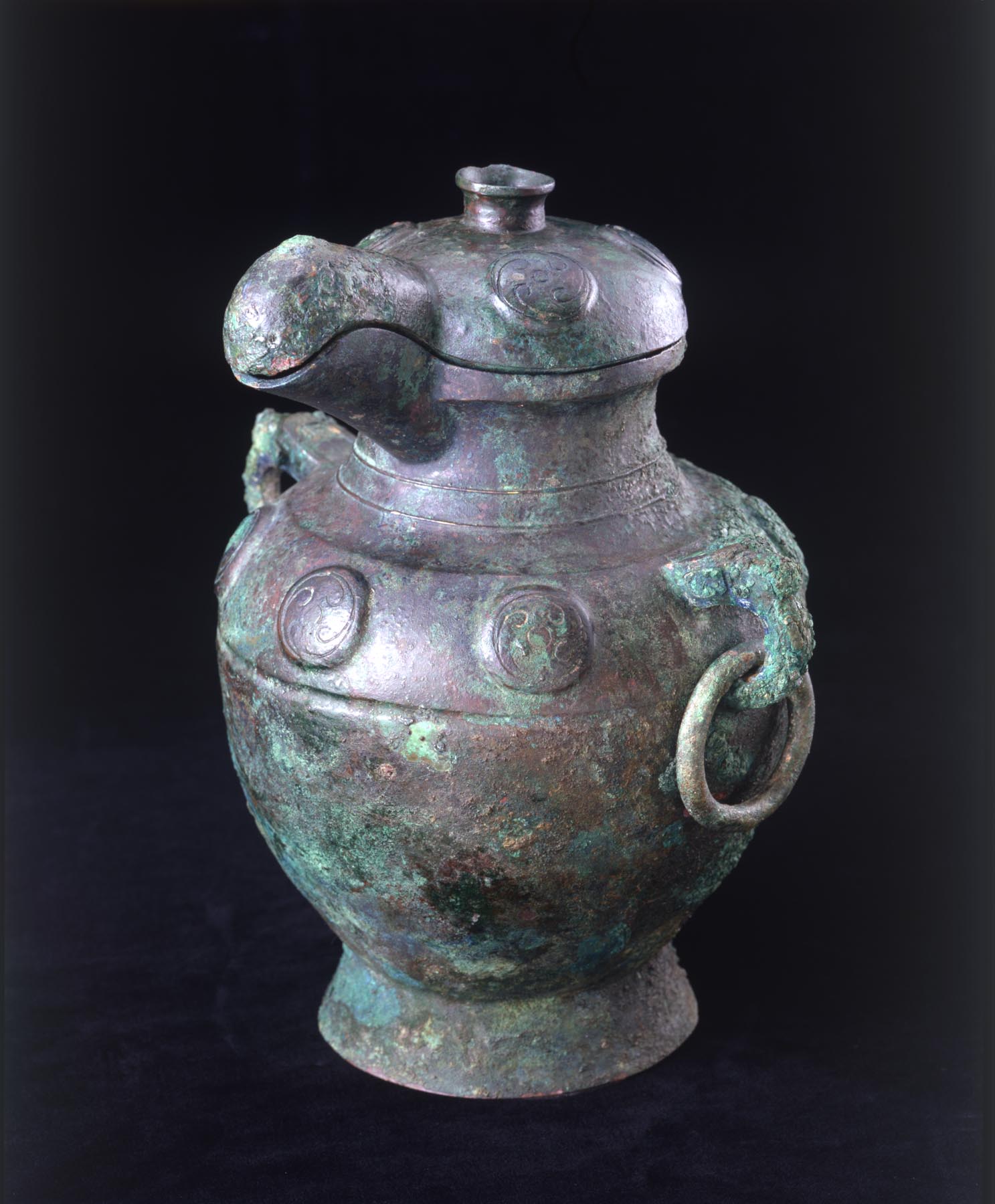 Ritual wine vessel in the shape of a bird, lei

One of the most interesting features of animal decoration in bronze is the way in which scale and realistic representation are manipulated. Some early vessels, particularly those from the south, were highly sculptural, with only lids or spouts revealing that they were intended as containers. Others, like these two bird vessels, use their whole shape to suggest a creature, rather than being explicitly decorated with creatures. Both these vessels are recognizable examples of their type, the hu and the lei, but are animated by spouts that look like beaks, rings being placed where wings would be and bosses where eyes would be expected. Ritual wine vessel, zhi Bronze, early Western Zhou dynasty, c.1050-950 BC One feature of the taotie which varies quite frequently is the horns. Often they are simple scrolls shaped like a downward- facing letter ‘C’, but sometimes they have the appearance of curled ram’s horns or realistically depicted ox horns, as seen on this example, where the horns protrude from the body of the vessel. One of the interesting aspects of the taotie, is that it becomes more detailed and realistically depicted over time: early versions are little more than a pair of eyes surrounded by a mass of decorative scrolls. Later versions show more distinct features but they are generally made in low relief and often do not stand out from the background designs. The face of the creature is most visible in the latest versions, made in high relief, like the one seen here. Ritual wine vessel, fangyi Bronze, late Shang dynasty, c.1250-1050 BC The Chinese name for this type of wine container, fangyi, means simply ‘rectangular vessel’. The fangyi is remarkable partly because it has no known prototype in pottery. Most vessel types were originally patterned after earlier rounded pottery vessels. Later, many were given rectangular shapes with their angularity emphasising their metallic character. The fangyi emerged during the Shang dynasty when such squared shapes were most common.