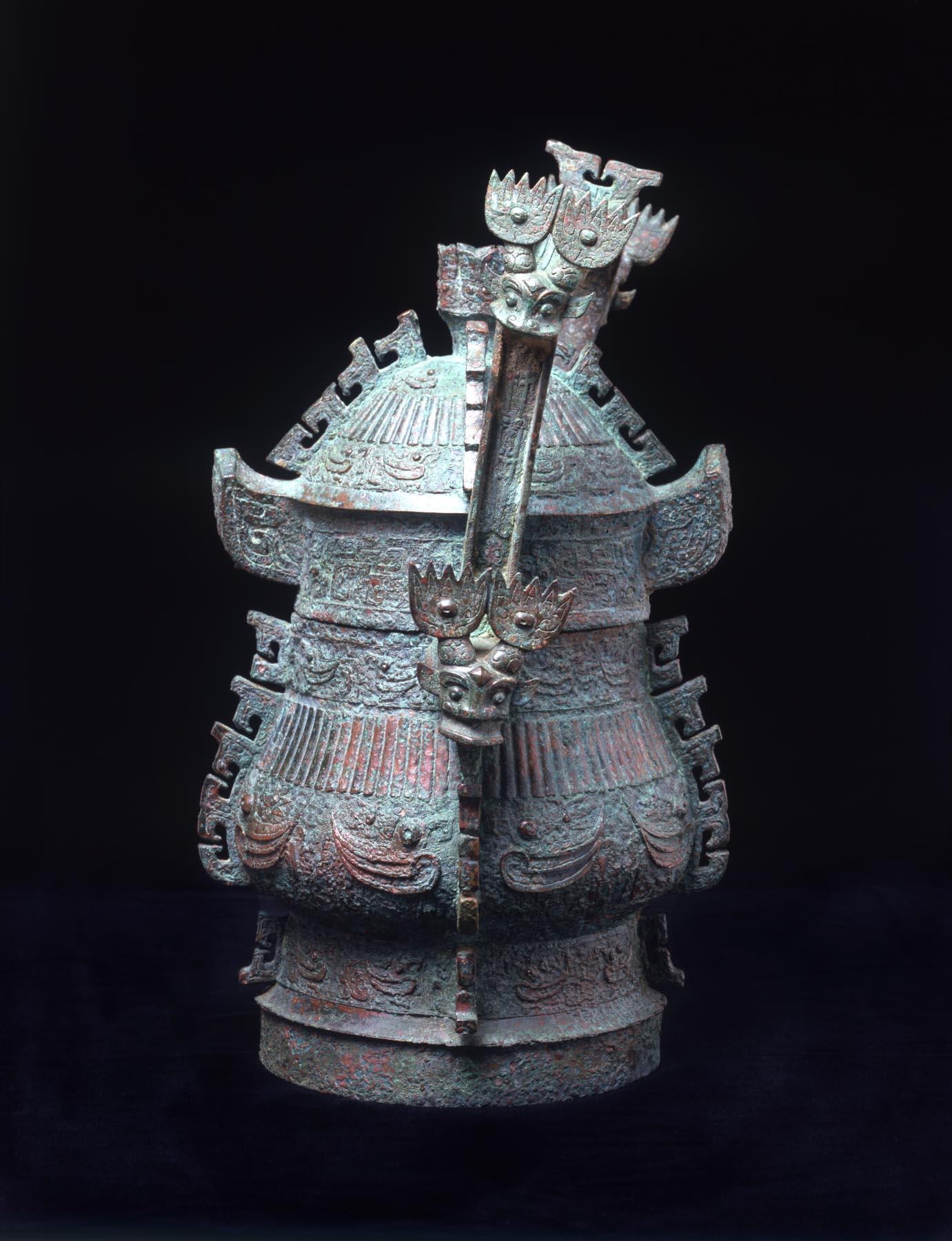 The Zhou people, who conquered the Shang around 1050 BC, came from what the Shang considered to be the western hinterlands of China, near what is now the modern city of Xian. When they took over, the Zhou initially adopted the ritual systems of the Shang more or less as a whole, but showed a clear preference for bronzes that were extremely extravagantly decorated, sometimes aggressively so, of which this is a ne example. Because this vessel dates from the time of the Zhou conquest of the Shang, it is highly likely that one or more of the early Zhou rulers - King Wen, King Wu or the Duke of Zhou - were living when it was cast. Traditionally, these three gures have been seen as paragons of virtue, though some modern historians, using recently excavated bronze inscriptions as a key source, have questioned this view.