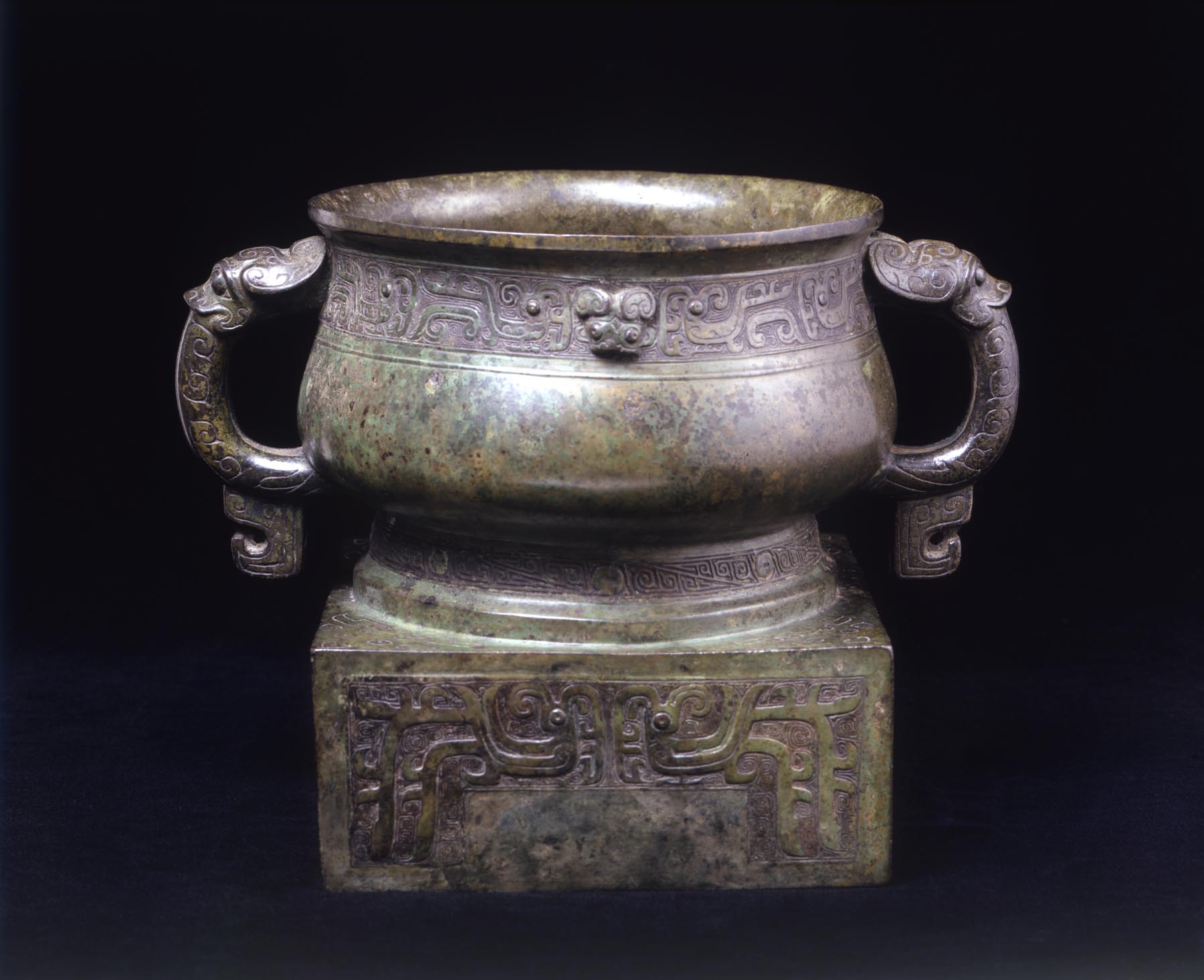 The inscription inside the bowl of this grain vessel indicates that it was made by a man named Hu from the state of Teng and is dedicated to his ‘august, late father, the Lord’. The state of Teng, in modern Shandong province, was at the opposite end of the kingdom from the main Western Zhou capital, more than 750 km away. The Zhou kings did not administer this vast area directly - that would come only with uni cation under the First Emperor in 221 BC. Instead, they granted territory to families in exchange for loyalty and military support. Many of these states were led by local elites, but the Western Zhou kings, in an attempt to strengthen their control, interspersed these with states headed by members of the royal clan. Teng was one such state, so, although accounts of Hu from Teng do not appear in traditional histories, he was apparently a relative of the Zhou King. The extravagantly plumed birds on the base and neck of this vessel are hallmarks of Western Zhou bronze design.