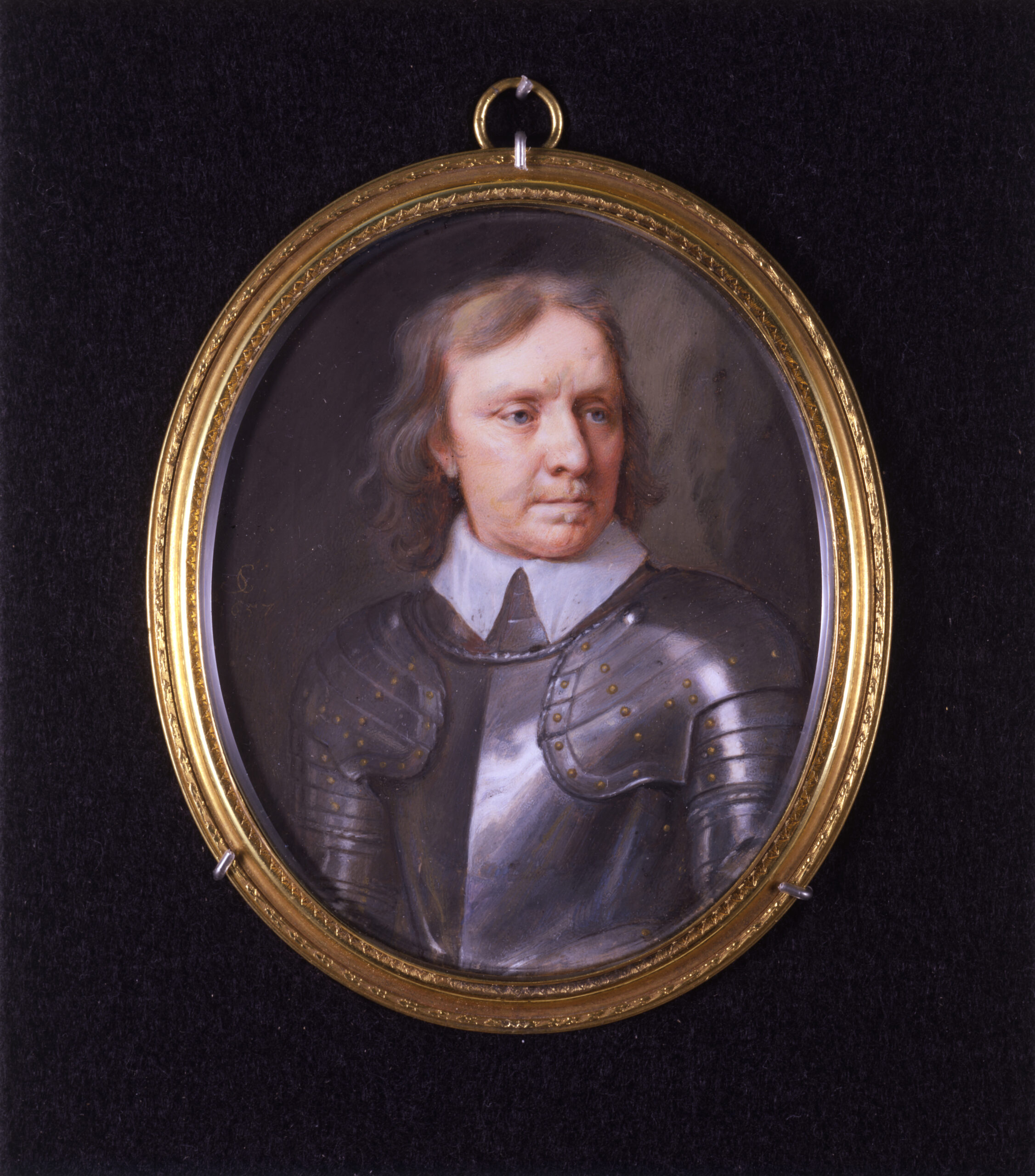 Oliver Cromwell (1599-1658) was one of the most controversial figures in British history. A radical puritan, he established a professional army known as the ‘New Model Army’. When civil war broke out between King Charles I and Parliament in 1642, Cromwell was instrumental in bringing Charles I to trial and execution, and making England a republic. He became Lord Protector of the English Commonwealth. Samuel Cooper was one of the most important and influential miniaturists of his day. Painted in 1657, this uncompromisingly honest portrait of Cromwell, wearing simple armour, has been referred to as ‘one of the most penetrating studies of a public figure ever produced’. It was painted a year before Cromwell’s death, when he was 58 years old, and it is believed that Cromwell’s comment, urging the artist to paint him ‘pimples, warts and everything as you see me’ related to this portrait.