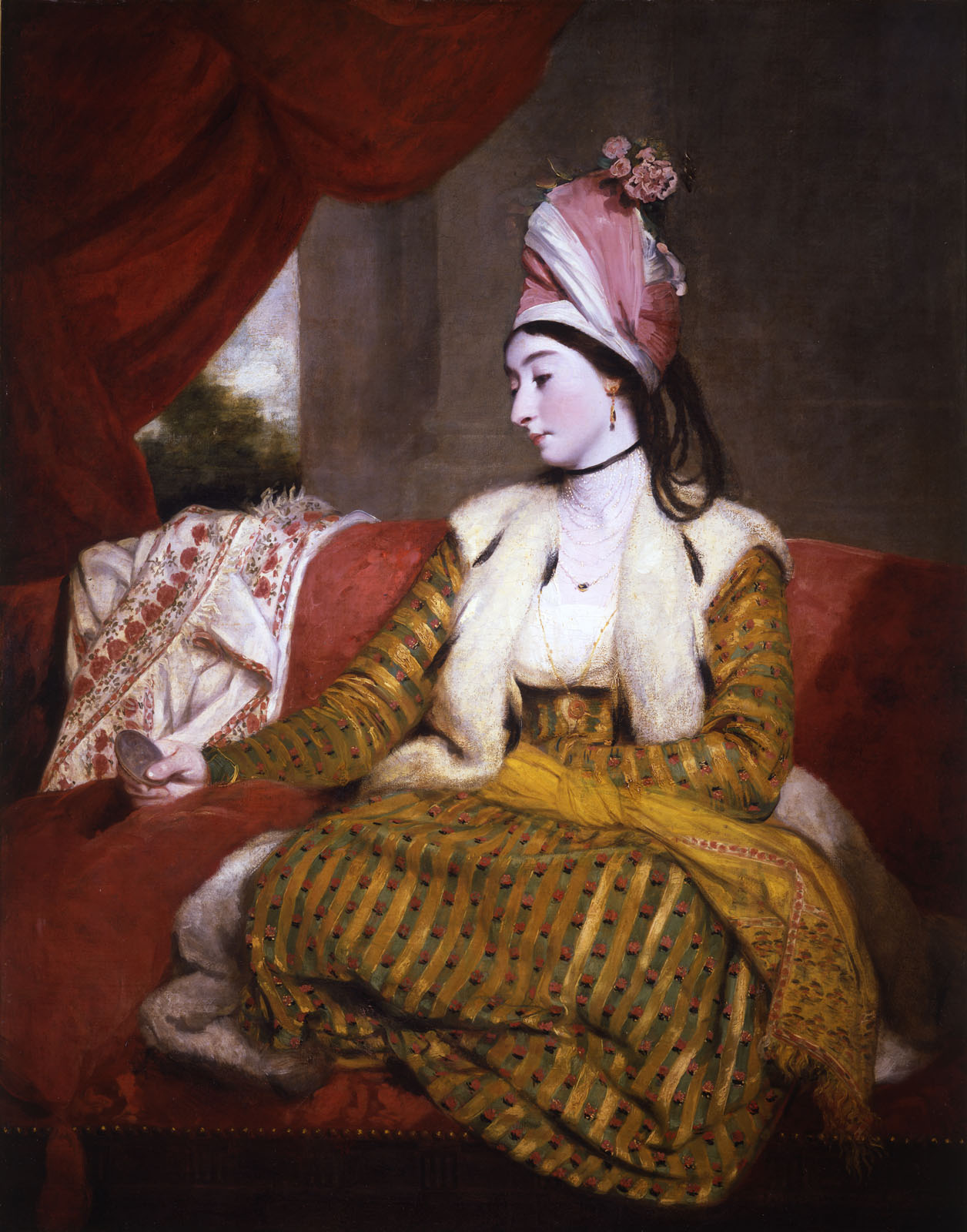 Jane Baldwin (1763-1839) was born in Smyrna (now Izmir) in Turkey, the daughter of a Yorkshire merchant who was trading with the East through the Levant Company. When she was only 16 she married George Baldwin, twenty years her senior, a wealthy merchant and diplomat stationed at Alexandria in Egypt. Jane was much admired for her beauty and intelligence, and became an object of fascination in Georgian society. Considered alluring and exotic, she was 19 years old when this painting was made. Her Eastern style of dress, called ‘turquerie’, represents a fashionable form of fancy dress, and was inspired by Britain’s trading relationship with the Ottoman Empire. She is known to have worn this costume several times, including at a ball in London given by King George III. Joshua Reynolds (1723-92) was one of Britain’s foremost artists and at the height of his celebrity when he made this portrait. He was not commissioned to paint Jane but asked if she would sit for him because he was so captivated by her beauty and personality. Bored by the sittings, Jane read a book, which Reynolds changed into an ancient coin. He never sold the painting but kept it at his studio for the rest of his life, bequeathing it to his niece when he died.