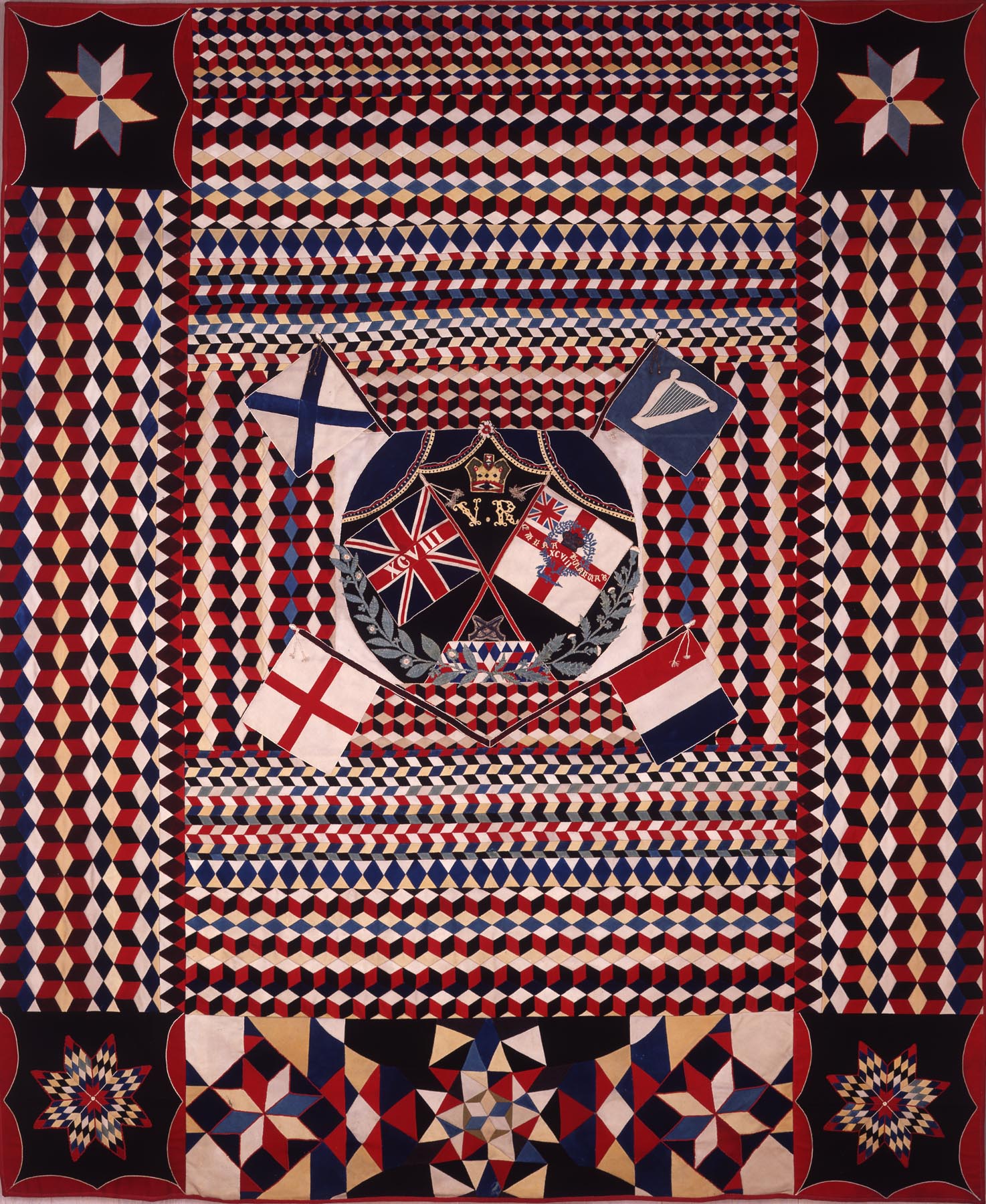 This patchwork was made for the 98th Regiment, indicated by the regiment’s colours and XCVIII inscribed on the Union flag in the centre. In 1881, the 98th was amalgamated with the 64th Regiment to form The Prince of Wales’s North Staffordshire Regiment. Made with various scraps of military material, the patchwork may have been produced by convalescing soldiers at a field hospital. The initials ‘V.R.’ (Victoria Regina) and the crown honour the reigning monarch. The two central flags are the regimental colours, below which are stitched two crossed rifles, a badge that was awarded to the best shot in the regiment.

Military Patchwork Between 1854 and 1876 © Compton Verney