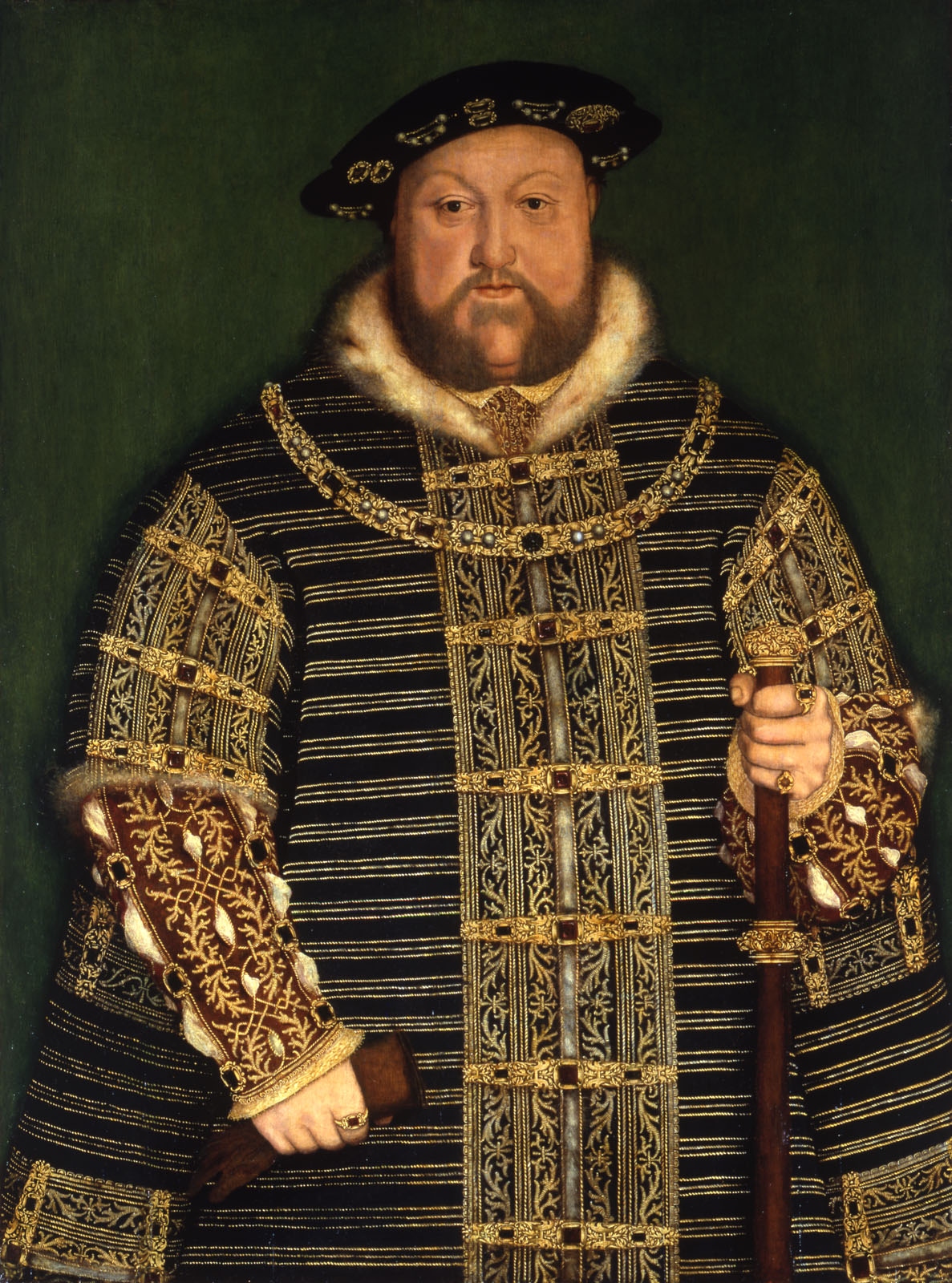 This portrait is a version of the last official portrait painted of Henry VIII. The original was painted by Hans Holbein the Younger in 1543 when the King was about 52 years old. The purpose of Royal portraits at this time was to reinforce the power and pre-eminence of the monarch and to inspire loyalty, devotion and confidence. It was important to circulate these imposing images widely both at home and abroad and many copies were made. The full frontal, assertive and challenging pose, together with the incredible richness of dress suggests unassailable strength. Holbein’s preparatory drawings were kept and together with replicas of his portraits were used to make and circulate royal images both during the sitter’s life and long after their deaths. For example this portrait of King Henry VIII was not painted until c 1560 during the reign of his daughter Elizabeth I. We do not know the artist’s name, but the purpose of making a copy at this time would have been to assert the lineage and legitimacy of the protestant queen.