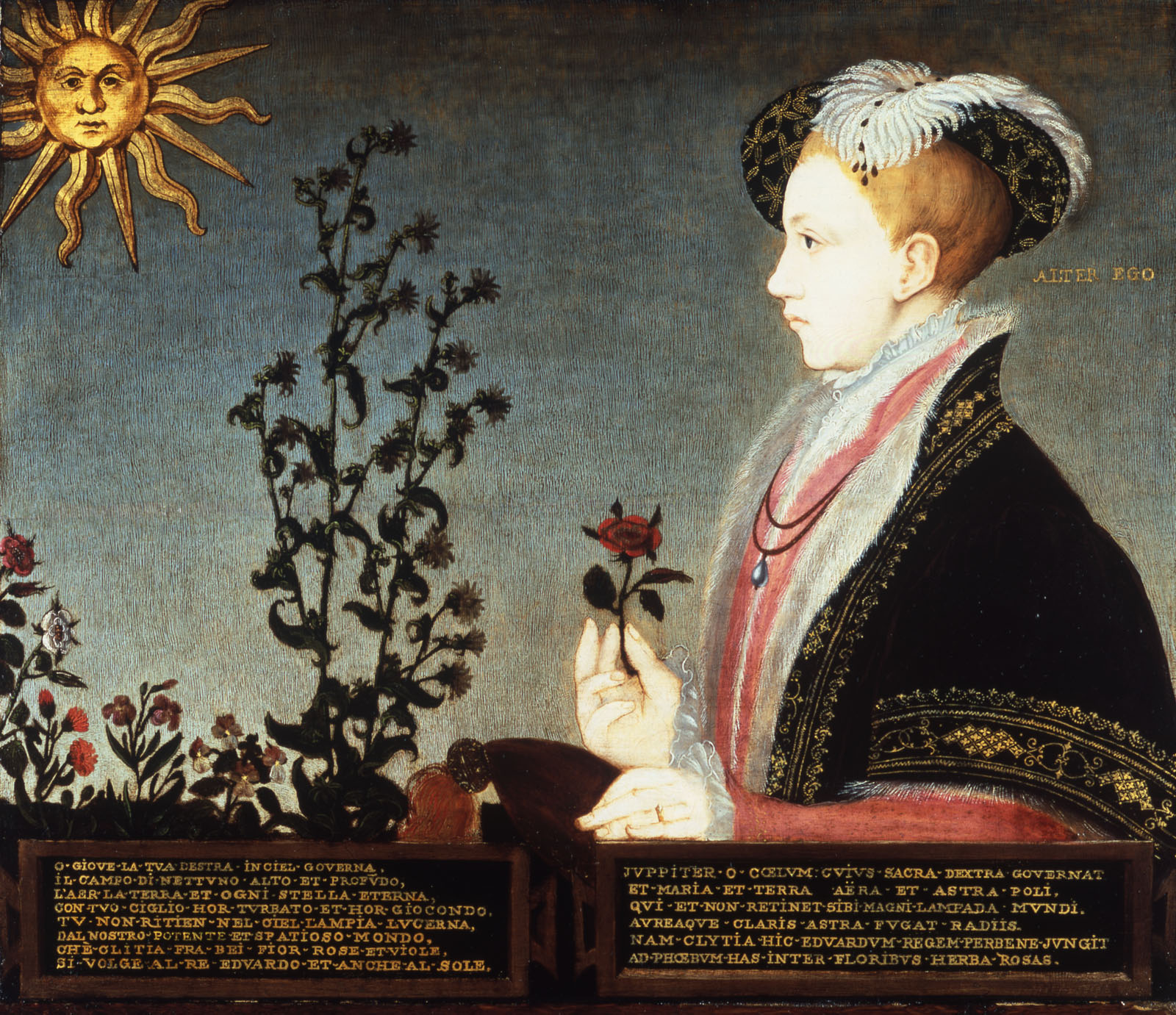 EEdward VI became King in 1547 at the age of ten and ruled for six years until his death in 1553. This portrait may have been painted for Michael Stanhope, who was an important member of the King’s household. Commissioning or owning a royal portrait was a way of demonstrating loyalty and the picture is packed with messages and symbols which would have been readily understood in Tudor times. The King is shown with a group of plants which are turning their flowers towards him rather than towards the sun. Each flower has a special meaning. Among them, the red and white roses, combined in the Tudor Rose, are a reminder that he came from a powerful royal dynasty. An elaborate text beneath, in both Italian and Latin, reiterates the power of the King as an equal power to the sun. Edward is dressed in magnificent clothes, embroidered with gold thread and trimmed with lynx fur. The profile format evokes the coinage of Imperial Rome and was well suited for depicting rulers. William Scrots (active 1537-53) became court painter for Henry VIII in 1546, following the death of Hans Holbein the Younger, and had previously worked for Mary of Hungary, Regent of the Netherlands. Scrots was very highly regarded and earned twice the salary of his predecessor.