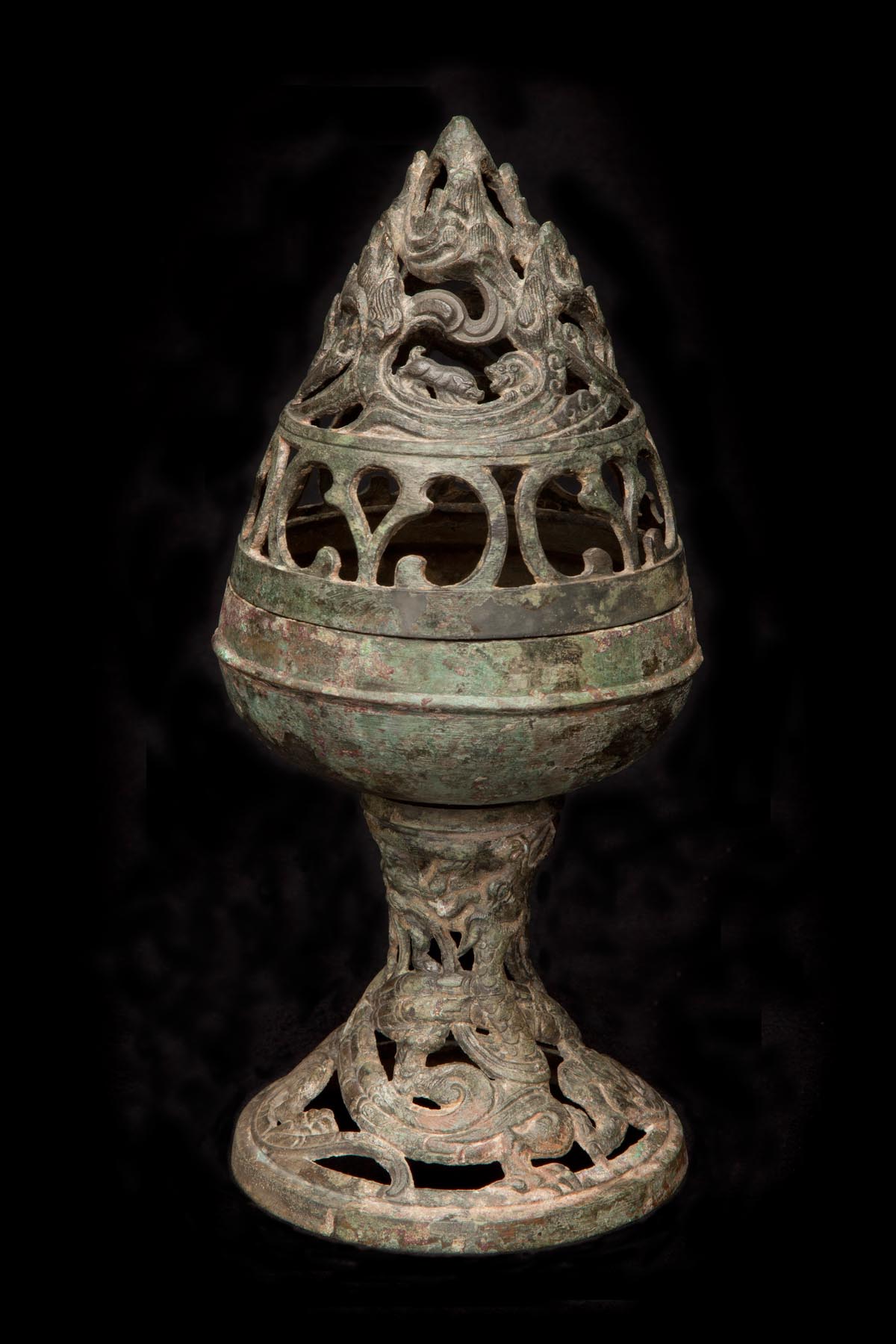 These incense burners have lids shaped like mountains which are interspersed with depictions of people and wild animals. The bases of both feature intertwined dragons and on the larger of the two the dragons on the pedestal are being driven by strange creatures, probably intended to depict immortals. Botanicals would have been placed on hot coals in the bowls of the burners, with the resulting smoke rising up like mountain mist through vents in their lids. Although other types of censers had been used in China for some time, mountain scenes on the lid seem to have been rst made during the reign of Emperor Wu of the Han dynasty (reigned 141 BC-87 BC), leading to the possibility that they are meant to represent Mount Penglai, a fabled island off the east coast of China. Emperor Wu, like the First Emperor before him, was said to have sent ships in search of the island, so that he could meet the immortals said to live there. According to legend, although Penglai had been sighted in the past, every time sailors approached it, it would vanish beneath the waves or oat off into the clouds. If the mountains on Compton Verney’s incense burners are indeed meant to represent Penglai, the fact that they are supported by dragons - considered to be water creatures that were also capable of ight - would be quite tting.