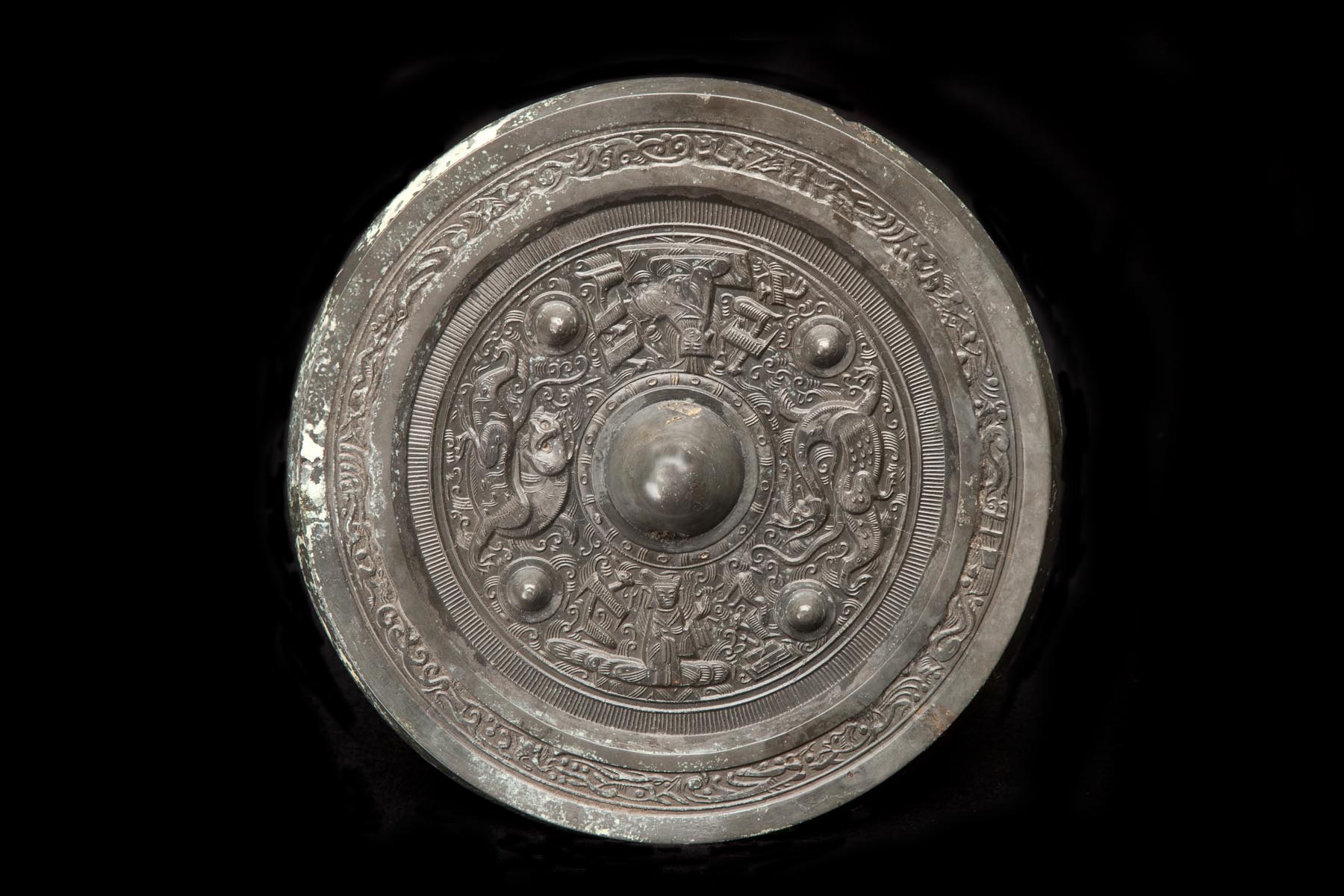 This mirror features the deities Xiwangmu (the Queen Mother of the West) and her consort Daongwanggong (the King Father of the East), with the Azure Dragon and the White Tiger, which also feature on another mirror in this collection. The Queen Mother of the West was said to rule over a paradise in the Kunlun Mountains, far to the west. She was thought to control access to heaven and to possess the elixir of life. The cult of Xiwangmu seems to have begun among the peasants, but by the time this mirror was made, it had spread to the gentry.