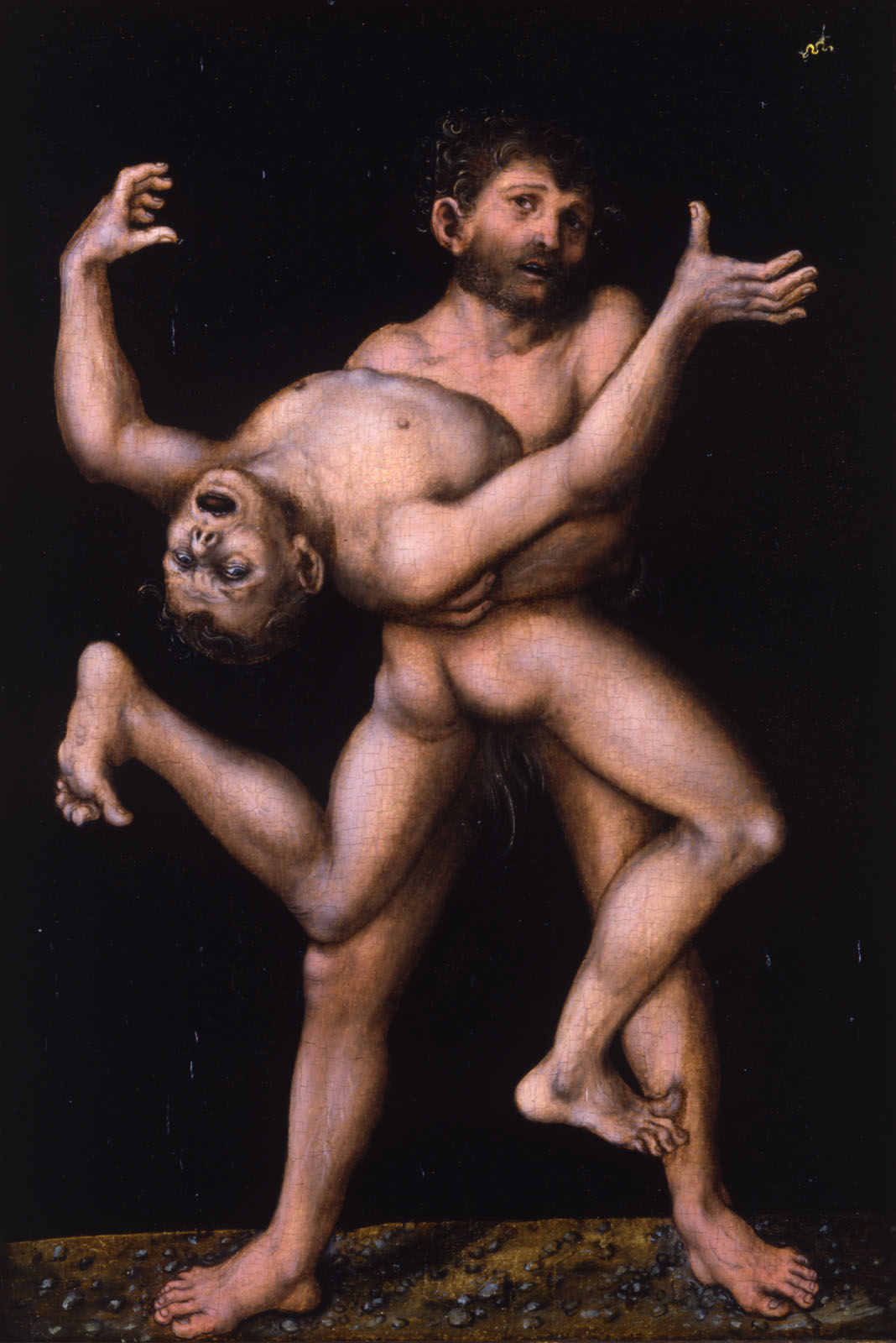 This painting, one of only two known versions of the subject by Cranach, depicts an episode in the Twelve Labours of Hercules: the fight to the death between Greek hero Hercules and the giant Antaeus, son of Poseidon and Gaia, gods of the Sea and Earth. This adventure occurred on Hercules’ journey to complete his eleventh task. Antaeus drew all his strength from the earth (his mother), and was thereby able to defeat all his previous opponents. Hercules realised this and, understanding the secret of the giant’s invincibility, lifted him off the ground, crushing him to death.

Lucas Cranach the Elder Hercules and Antaeus About 1530 © Compton Verney