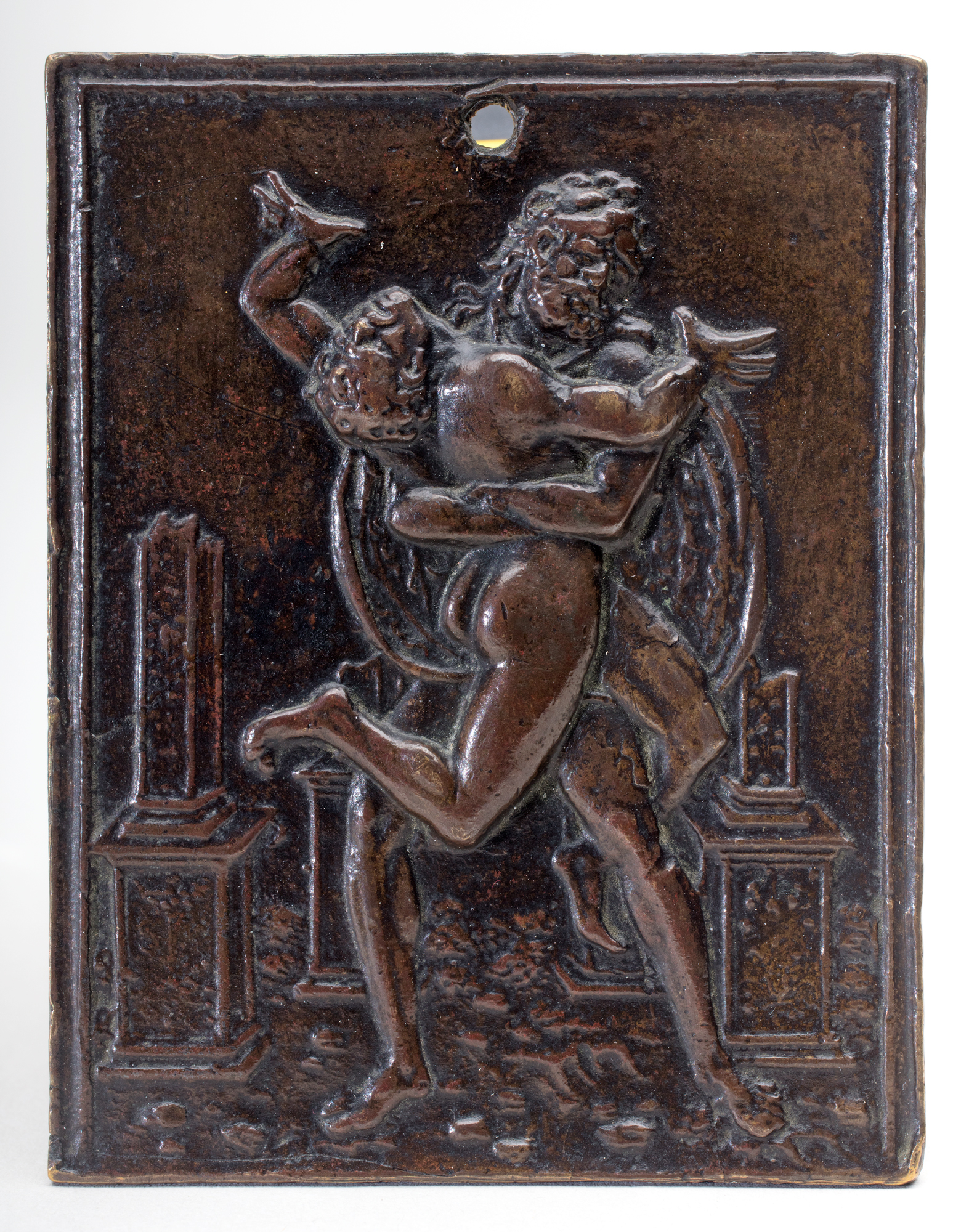 This bronze plaquette is believed to have been used by Cranach as the basis for the design of his painting of Hercules and Antaeus in this collection. The small size of these plaquettes and the speed with which they could be produced meant they were portable and accessible throughout Europe. Many artists, including northern artists like Cranach, would have used these designs as inspiration for their own work. Galeazzo Mondella, called Moderno meaning ‘modern’, was one of the largest producers of these small plaquettes working in Italy. Among his best work were scenes from the Twelve Labours of Hercules, of which this is an example.