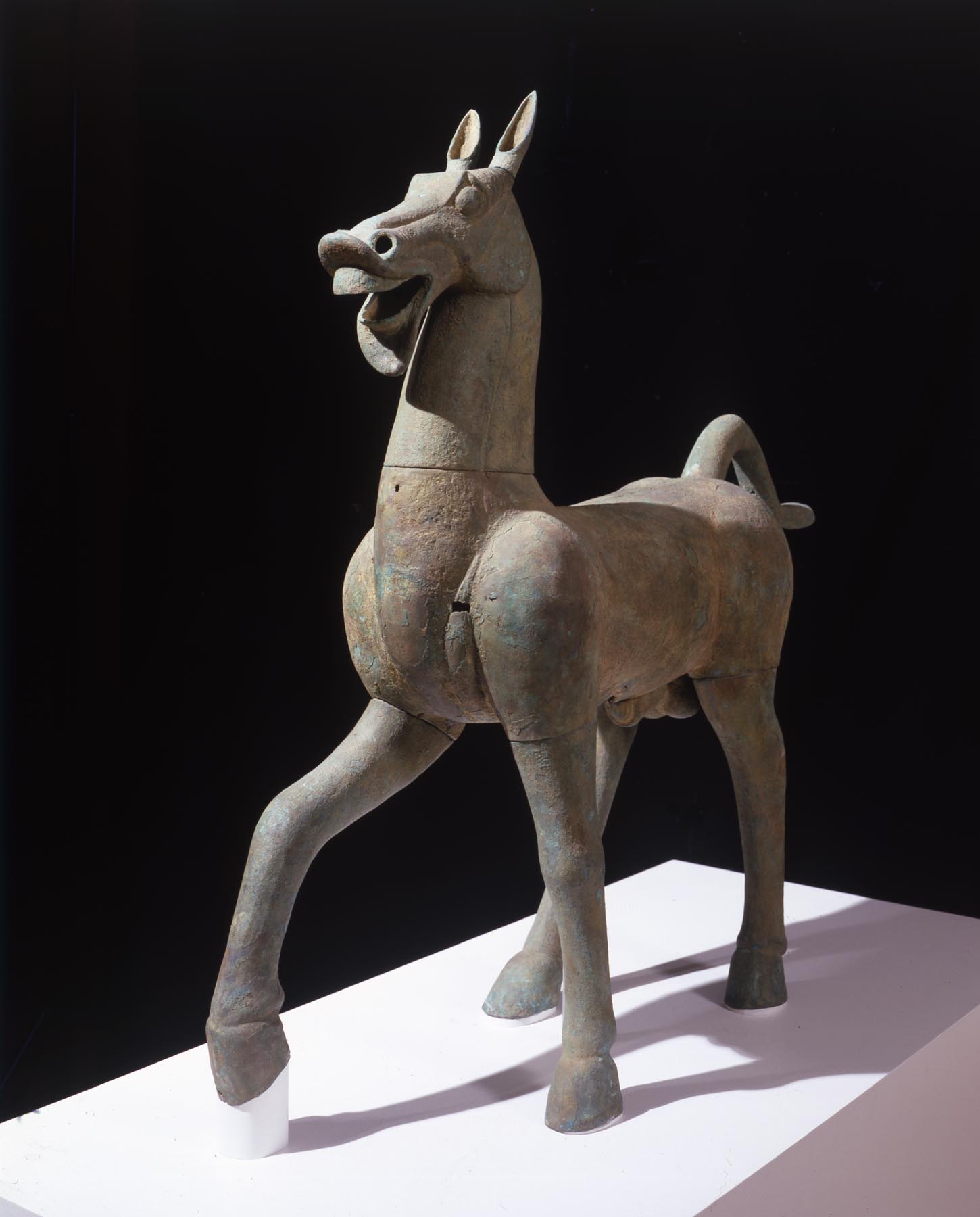 This large horse would have been a funerary offering for the tomb of an élite Chinese man, the intention being for the owner of the tomb to use the horse to pull his chariot in the afterlife. Such large bronze horses were very rare during the Western Han period, becoming more popular during the Eastern Han. It was extremely difficult to produce such large bronze figures in one mould; therefore this stallion is cast in nine close fitting pieces and joined together, an expensive method in terms of labour and material.