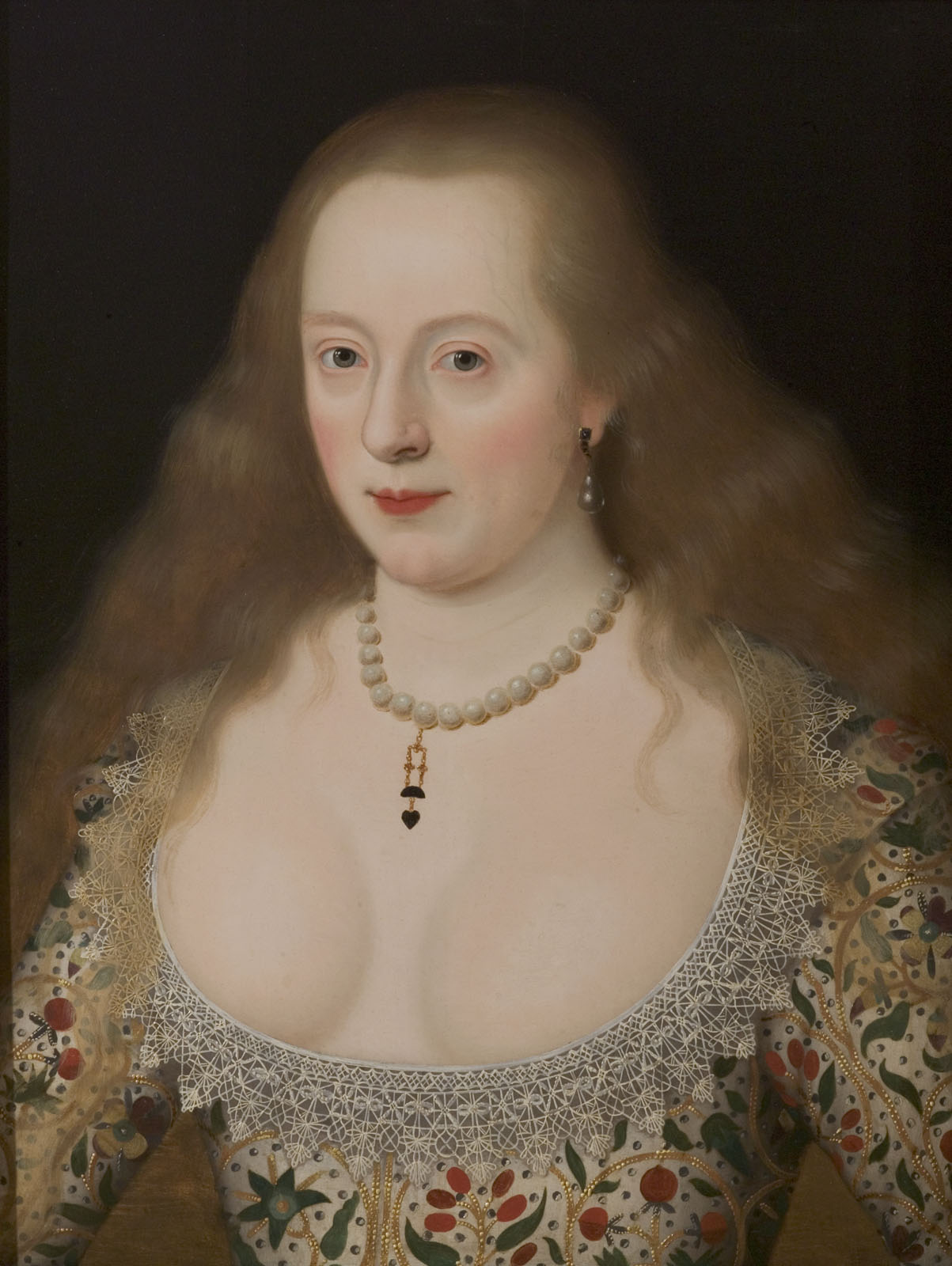 Frances Howard (1578-1639) was considered one of the great beauties of the Jacobean Court, and was also wealthy, being the granddaughter of Thomas Howard, Duke of Norfolk. Frances was 43 years old when this portrait was painted, and had been married three times: first at the age of 14 to a wealthy London alderman (Henry Pranell), then to Edward Seymour, Earl of Hertford, who was 40 years her senior. This portrait was made in the year of her third marriage, in 1621, to Ludovic Stewart, Duke of Lennox, cousin of King James I. When he was created Duke of Richmond in 1623 she became known as the ‘Double Duchess’ (Richmond and Lennox). The pendant she wears of a heart and half moon is associated with the Lennox family and might have been a wedding gift. The Flemish artist Marcus Gheeraerts was one of the most distinguished and fashionable portraitists of the late Elizabethan period and went on to become the favourite painter of Anne of Denmark, queen of James I. Frances was painted by several other leading artists, including William Larkin and Anthony van Dyck. Other portraits of her show her with the same style of low-cut bodice. The dress and lace is beautifully rendered.