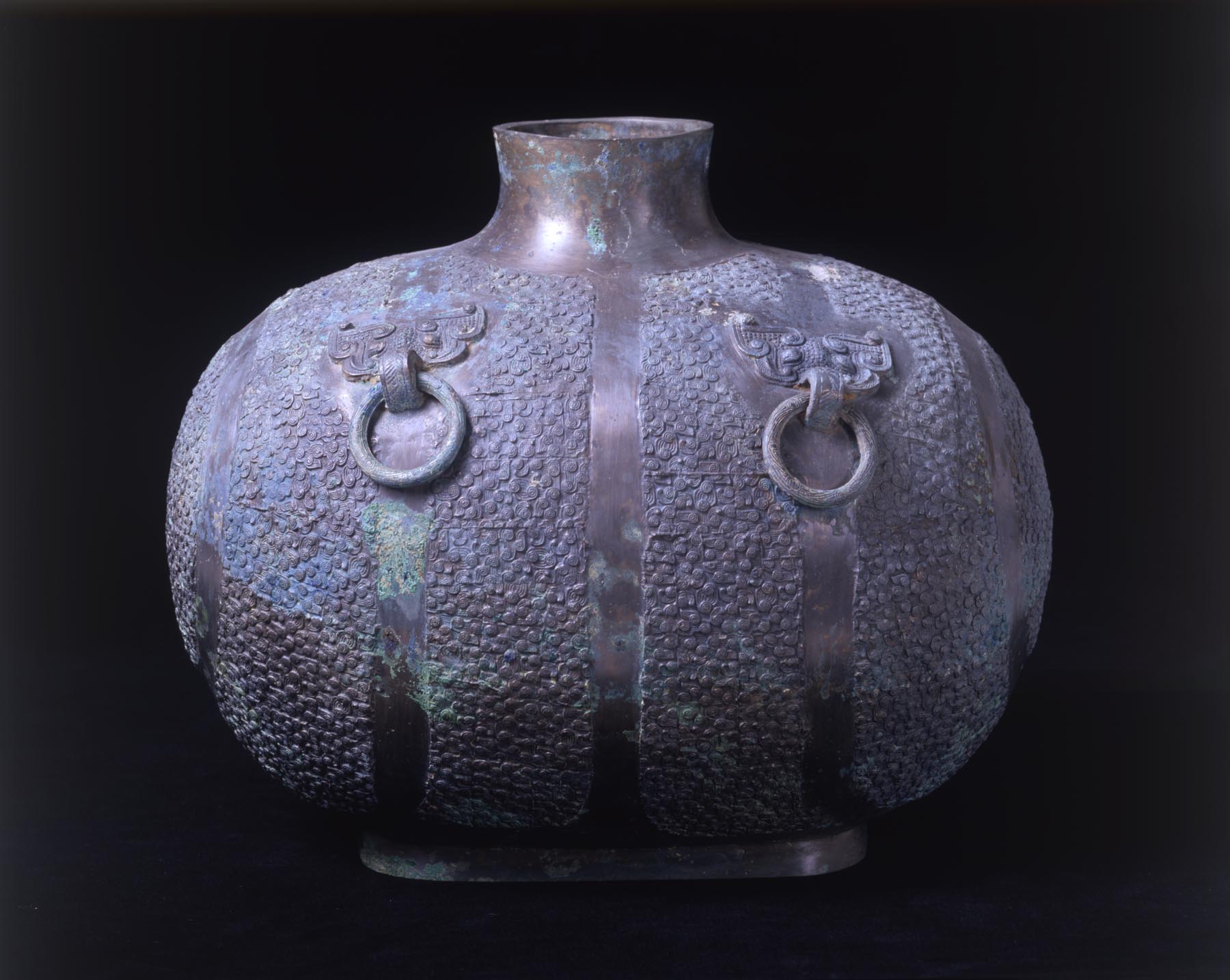 These pots, sometimes called ‘cocoon form’ or ‘duck’s egg’ vessels in Chinese, derive their shape from leather vessels used by nomadic peoples. They are separated in age by as little as a century or two, but they illustrate a major change in view of the afterlife. Before the uni cation of the empire in 221 BC, the vast majority of vessels enclosed in tombs were made for use in ancestral temples and only later were they buried. After uni cation, tombs were increasingly stocked with items made just for the tomb. Objects made for tombs could be quite elaborate, as is the case with the most famous example: the terracotta army of the First Emperor. Even so, such items were usually made from pottery, wood or other less costly material.