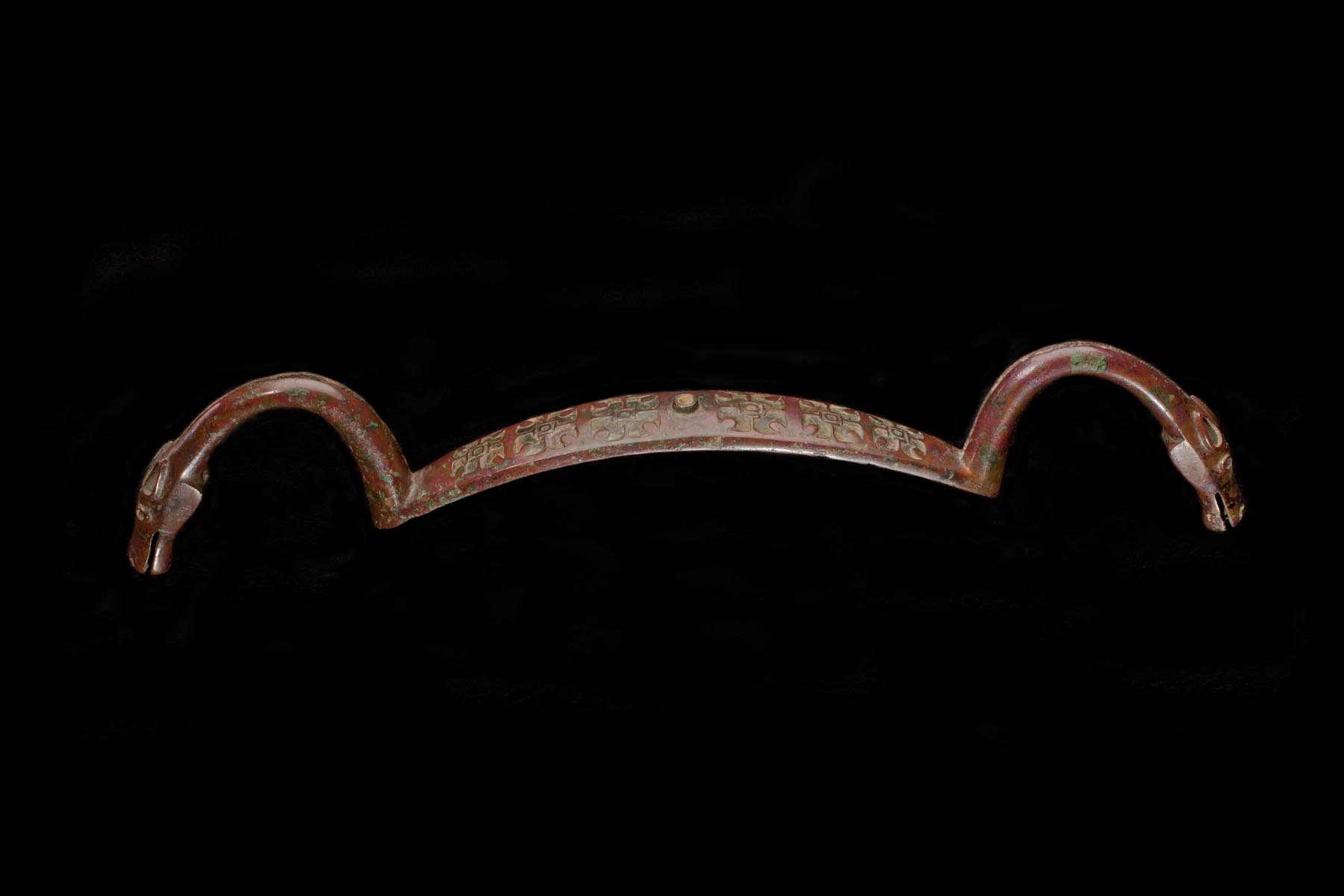 The precise function of this object is uncertain. They have sometimes been called jingles because some examples had small bells at each end. This example, however, is decorated with stylised horses’ heads instead. It may have been used to secure reins around the chariot driver’s waist, allowing free use of the hands, or it may have been a fitting on a bow.