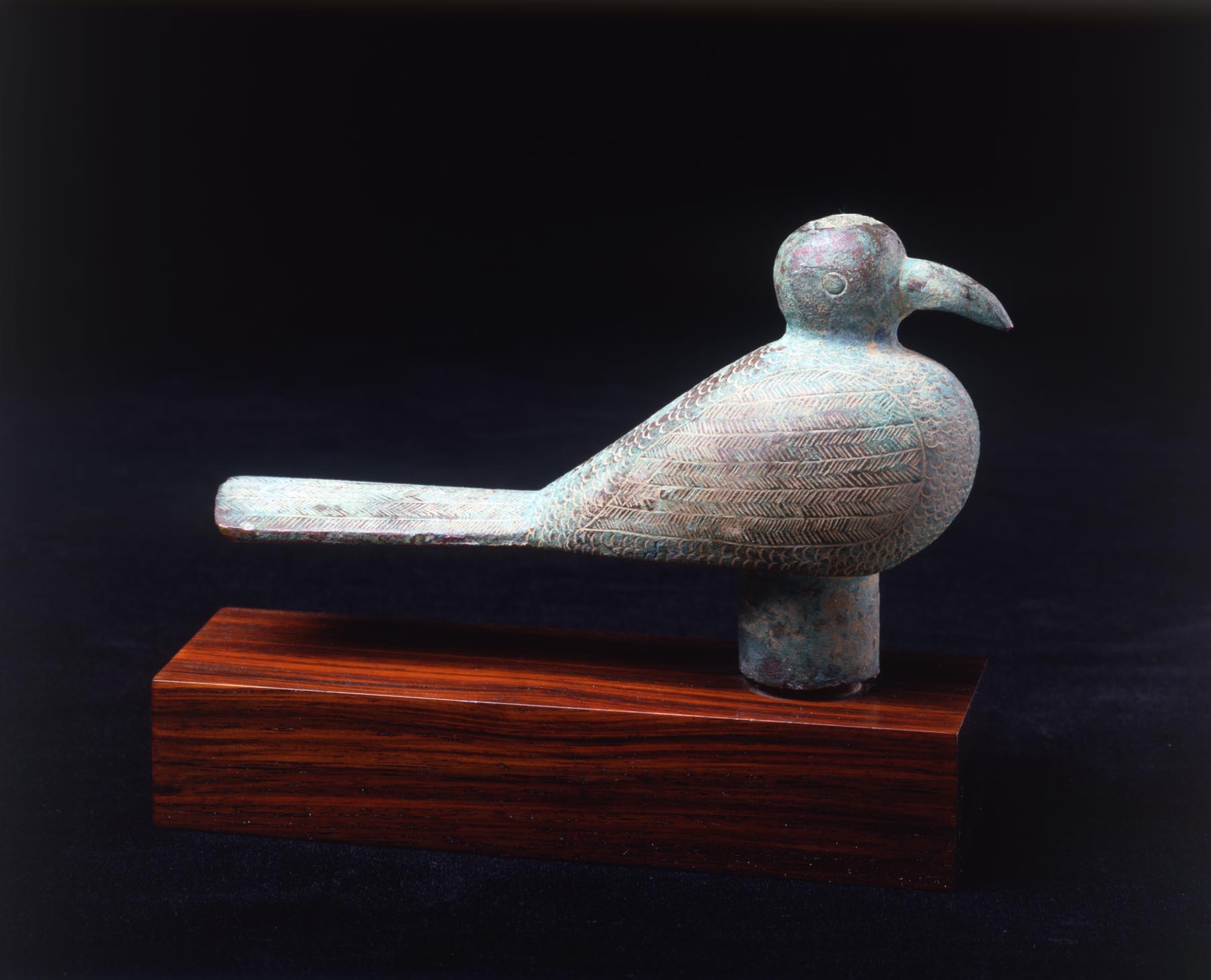 Bronze on a wooden stand

During the Han dynasty, men reaching 70 years of age were awarded with a wangzhang, or king’s staff, which was topped with a dove-shaped finial. This reward earned them certain advantages and a greater respect amongst the community.