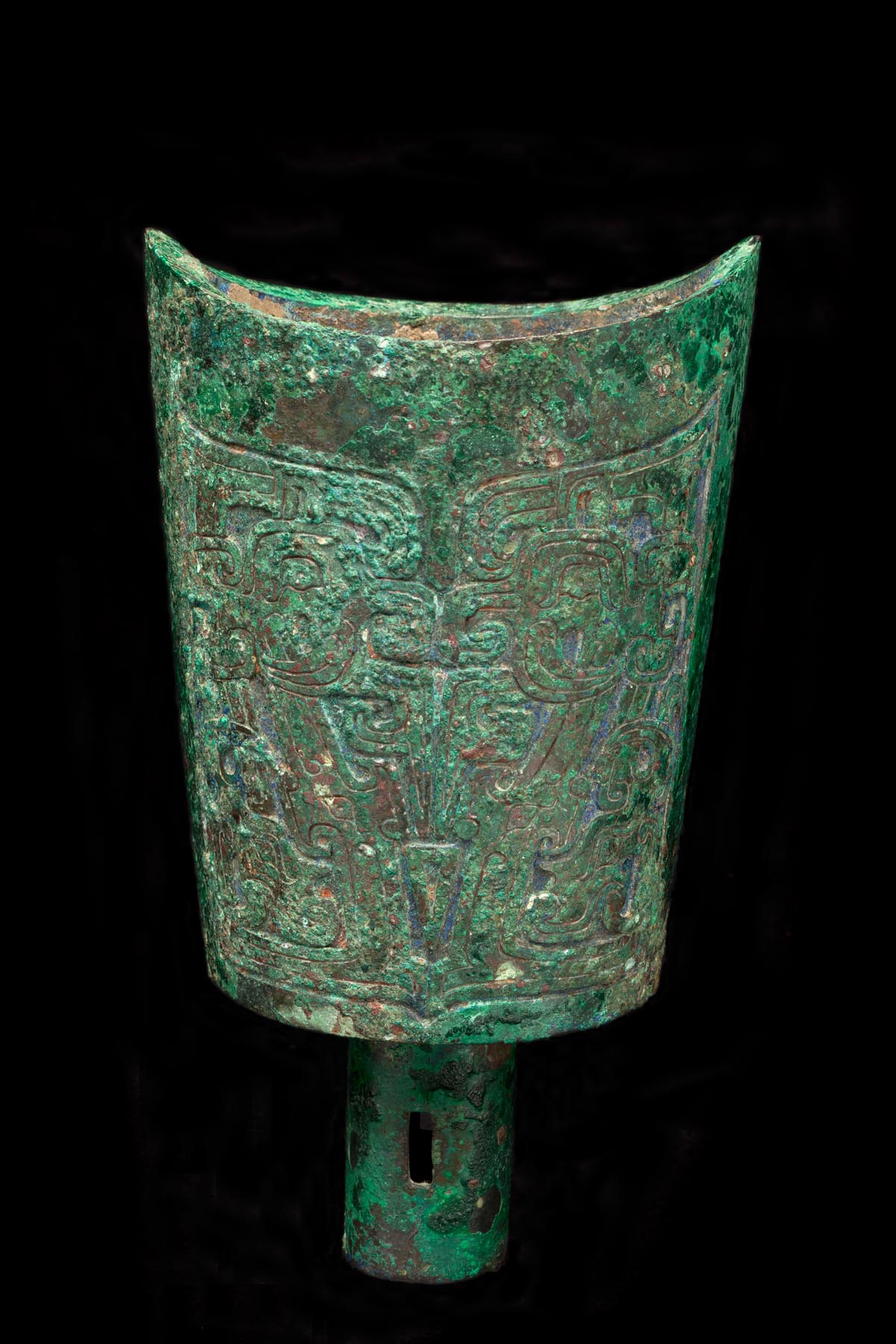 The zheng is a relatively rare type of bell. When made singly, it may have been intended as a military signalling device. When made in sets, they were probably used for musical performances. They seem to have been made for only a few centuries at the end of the Zhou dynasty, and in a limited area along the eastern seaboard. What really sets this particular bell apart, though, is the decoration on the face. Many zheng bells have little or no decoration. Here, each face of the bell has an elaborate symmetrical design of intertwined dragons, featuring four full dragon heads and a further two eyes.