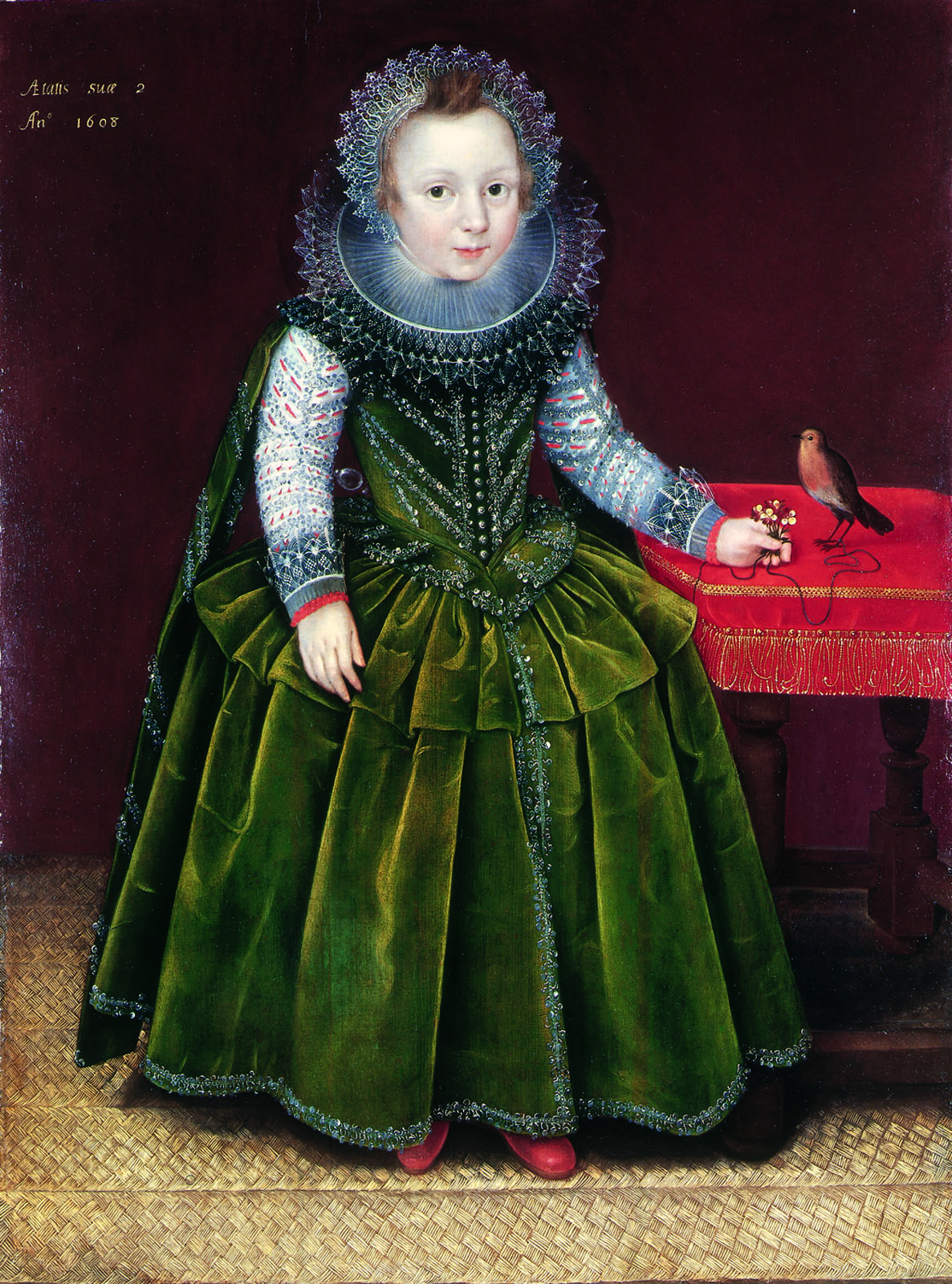 The child in this portrait wears a green velvet doublet and skirt over a hooped frame. This was the fashion for boys until they were ‘breeched’ (dressed in breeches or trousers) at the age of six or seven. The front-fastening doublet he is wearing and his short hair style together with the handel of a little dagger just visible at his waist all tell us that he is a boy. An inscription in the corner of the painting gives his age as two years but his identity is unknown. He holds a bunch of pansies, a symbol of thought (and in particular of lost loved ones). He has a robin tied to a string, perhaps suggesting his innocence and fragility. Although he has coral bracelets at his wrists, worn by children to protect them from misfortune, the symbols may be telling us that this little boy had died. The artist, Marcus Gheeraerts was known for the ‘sweet melancholy’ of his paintings. He had himself lost all but two of his own six children.