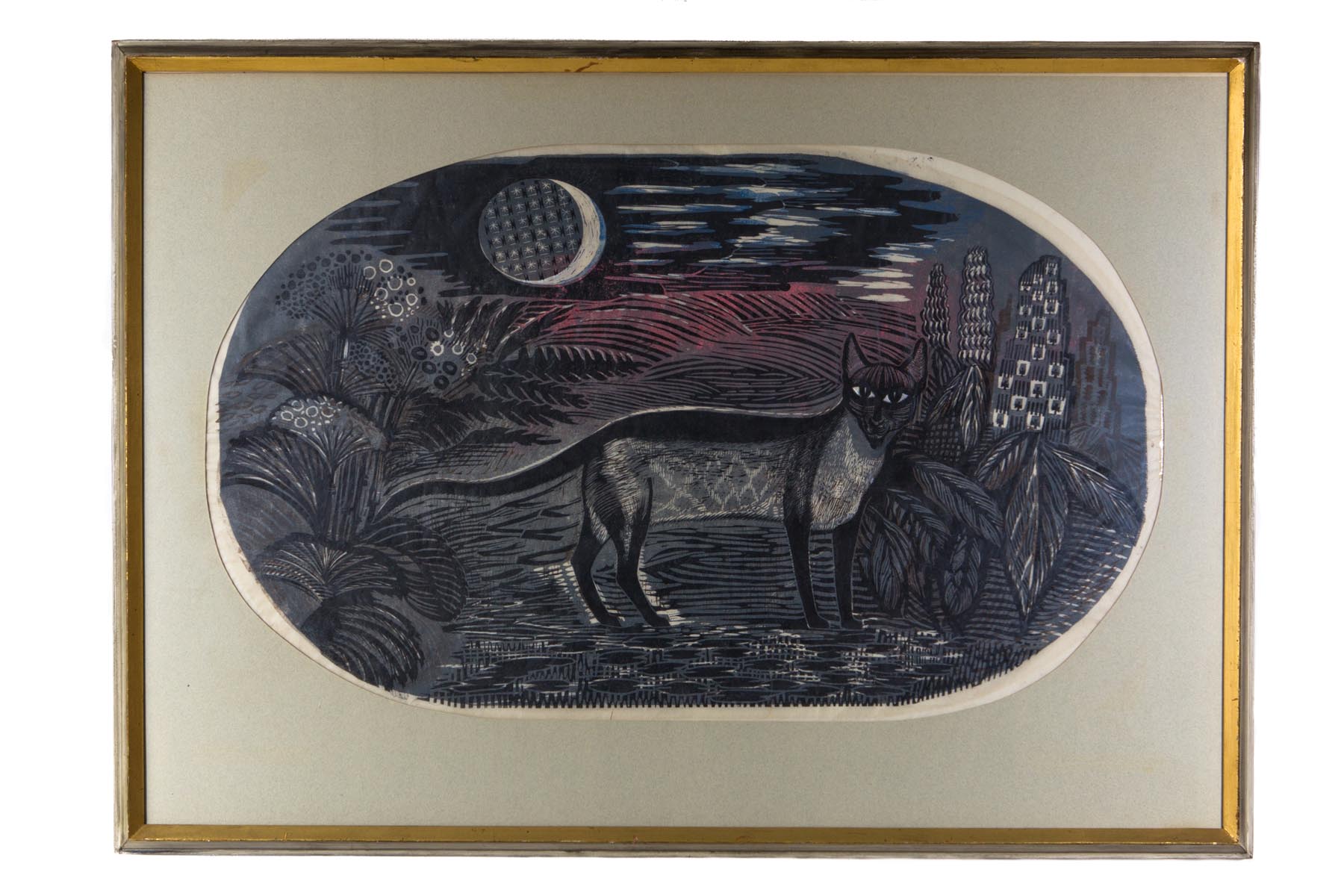 What better time than International Women’s Day to celebrate one of the stars of our collection – Enid ‘Marco’ Marx (1902-1998), an inspirational designer, author, collector and teacher? 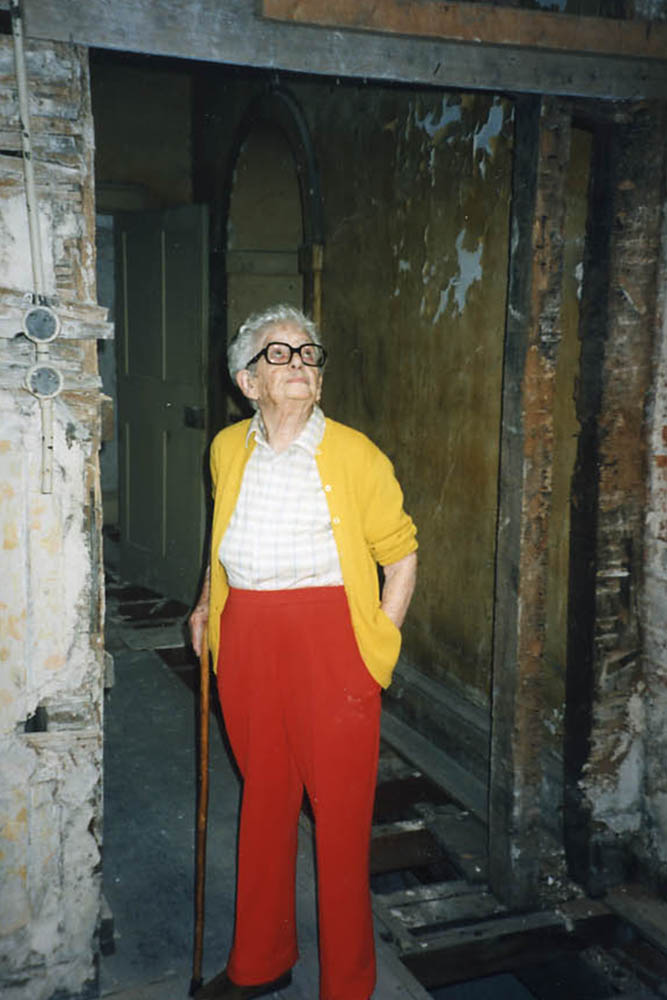 Enid Marx was one of the outstanding designers of her generation and in a career which spanned more than 70 years, she blurred the boundaries between functional design and fine art – print making, textile design, painting and illustration. She designed fabrics, book jackets, calendars, posters and furniture – including the iconic red and green moquette upholstery for the London Underground trains in the 1930s which endured for decades.

Marco studied at the Royal College of Art and was named by Paul Nash as part of the ‘outbreak of talent’ he noticed when he taught there (1924-1925). However she was an unorthodox student who favoured abstraction and geometric patterns. Her avant-garde work was regarded as ‘vulgar’ by the examiners and she left the College in 1925 without a diploma.

Undeterred, she became a member of the Society of Wood Engravers and set up her own studio in Hampstead making block-printed textiles which quickly became fashionable. She went on to design for Transport for London, Curwen Press and the wartime Utility Furniture Scheme among others, and in 1944 she became the first ever woman engraver to be designated by the Royal Society of Arts as a Royal Designer for Industry.

At the Festival of Britain in 1951 she was chosen as one of the designers to exhibit in the Royal Pavilion, and in 1953 she was commissioned to design postage stamps to commemorate the coronation of Queen Elizabeth.

In 1982, nearly sixty years after she left, the Royal College of Art awarded her an honorary degree, recognising her talent at last!

Beginning at the Ruskin School of Art in Oxford and ending at Croydon College of Art, where she was head of Textiles, Dress and Ceramics, Marco continued to teach at evening classes and colleges throughout her career, sharing her skills and inspiring new generations of artists and designers.

With her partner, the historian Margaret Lambert, she shared a passion for local craft traditions and popular art, the art which ordinary people made themselves or which they liked to own. Together they wrote books on the subject and collected enthusiastically. They dreamed of establishing a national museum for English Folk Art.

From gingerbread moulds and corn dollies to Victorian trinkets and china, the collection inspired Enid’s own work. 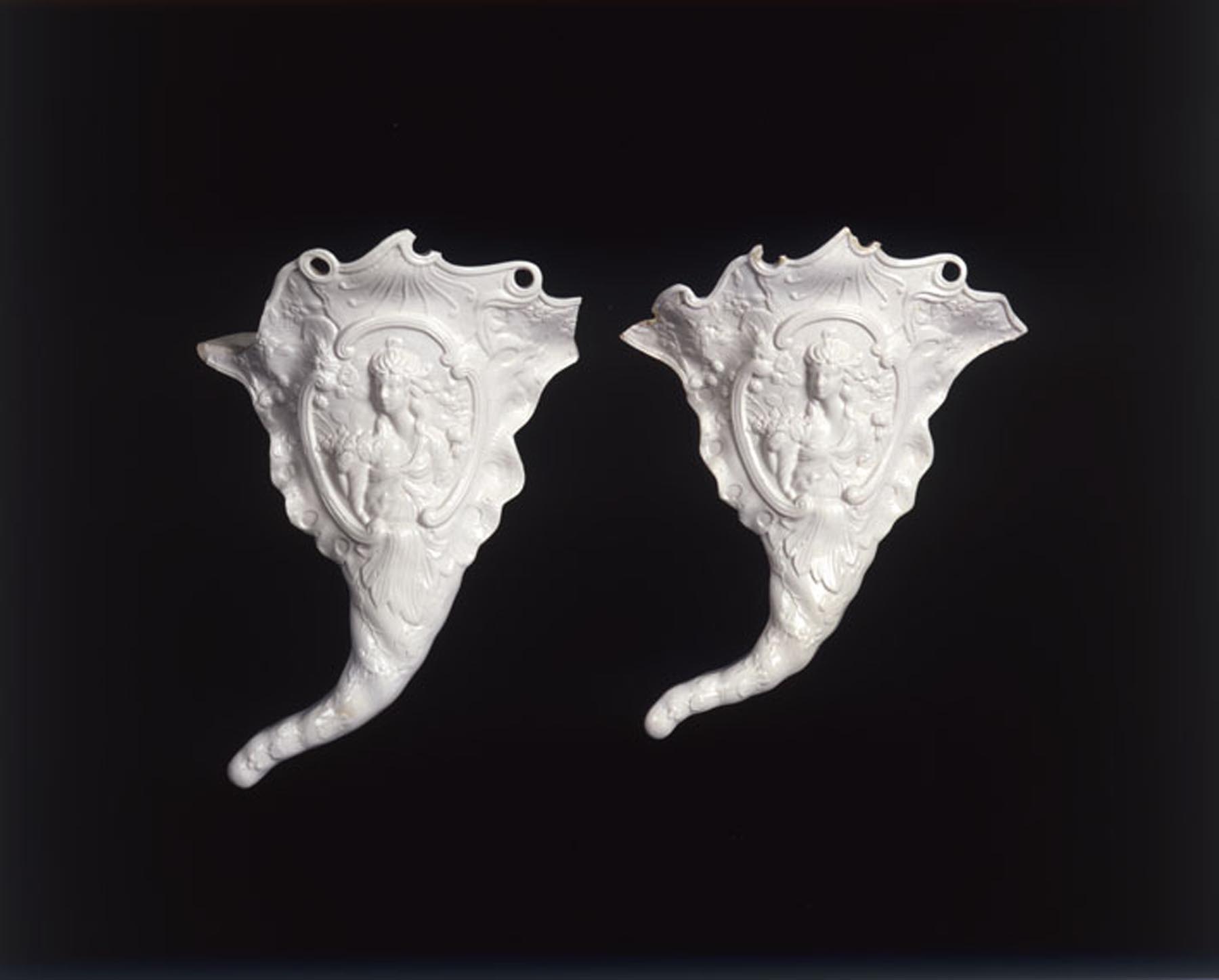 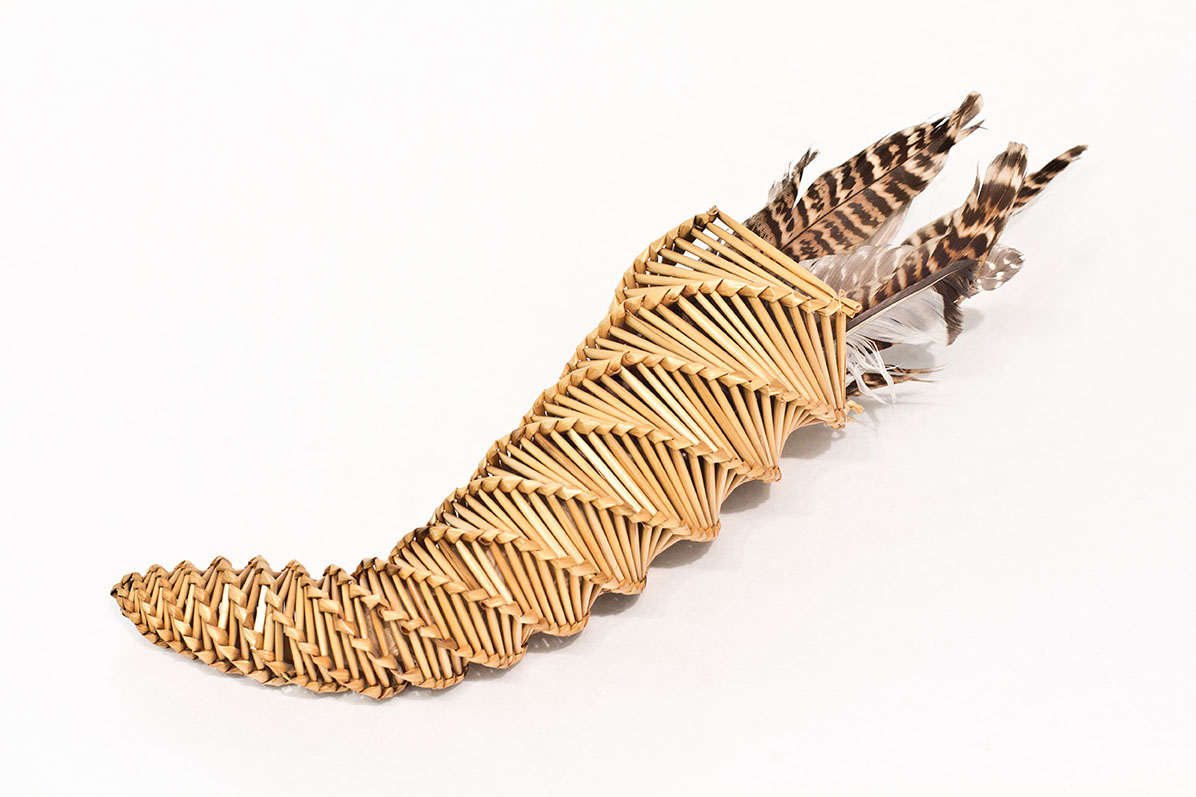 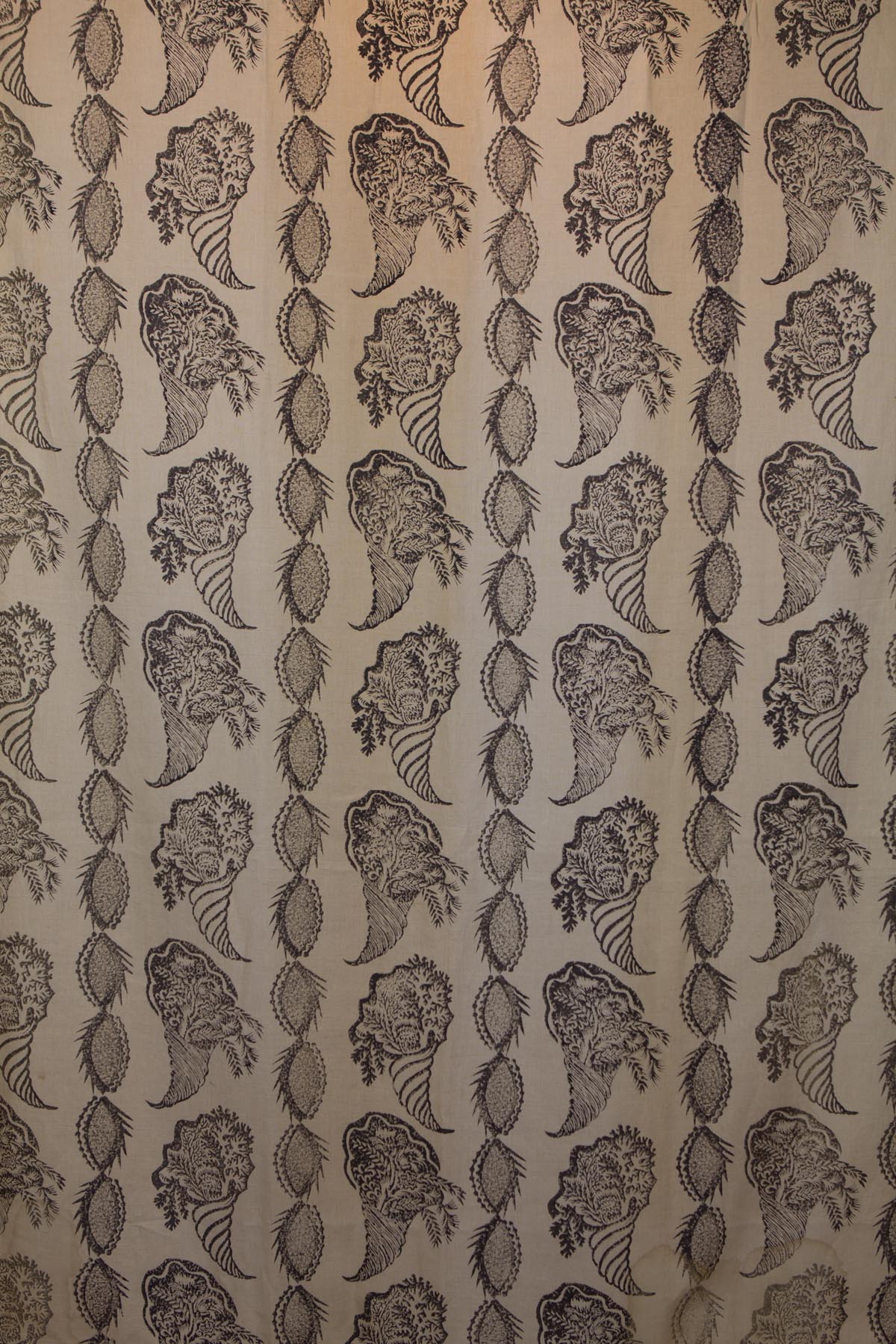 Enid Marx died in 1998, aged 95, and in her will she left her precious collection and some of her own work to Compton Verney where it is displayed alongside our own British Folk Art collection, the largest in the UK. 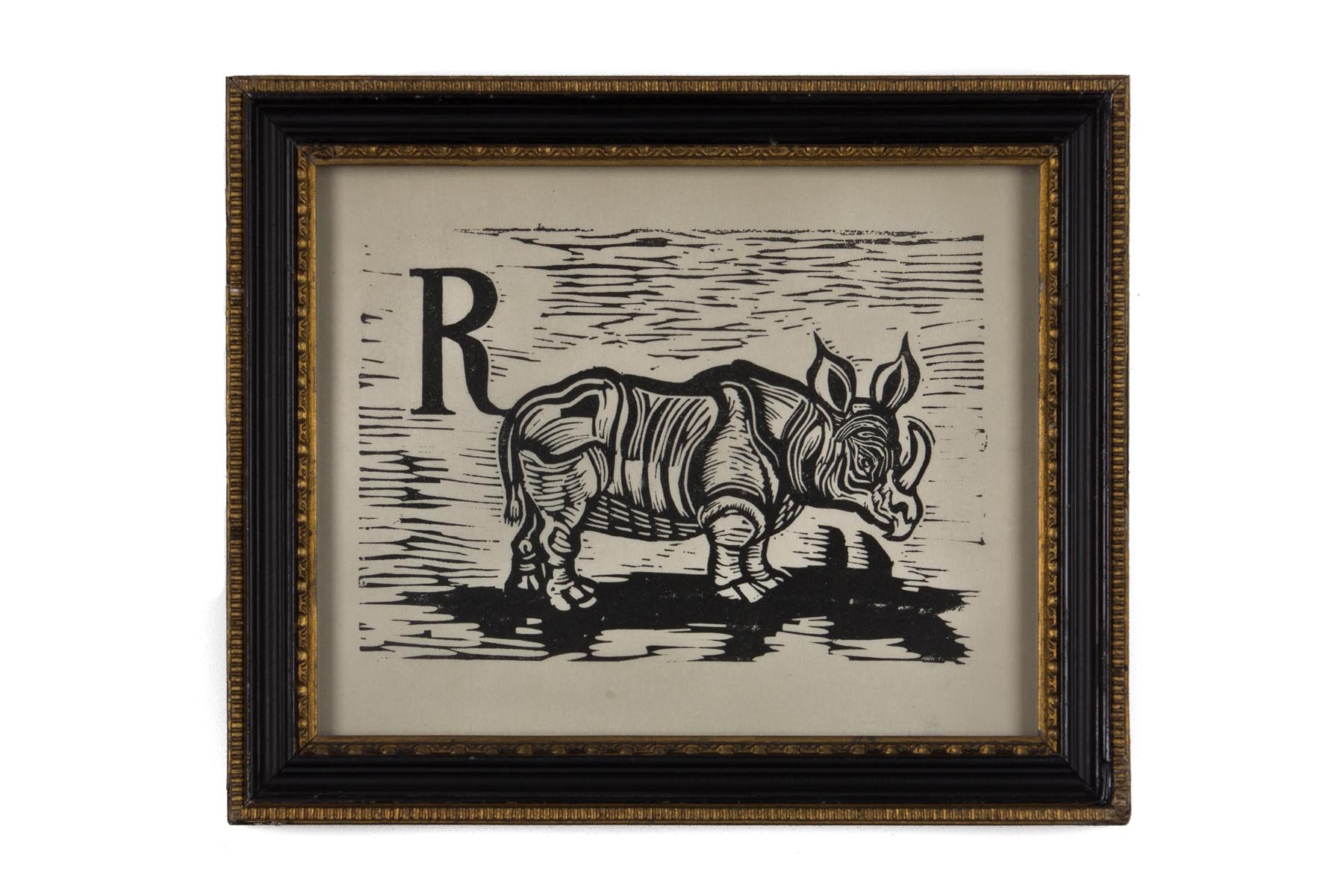 Today, young visitors to the Marx-Lambert Collection at Compton Verney can explore ‘Marco’s Design Cabinet’ and find out how she made her patterns, and we can all enjoy the popular art which she found full of ‘fantasy and humour’ and ‘lush and colourful exuberance’ *

We look forward to welcoming you back soon.

*quotation from the obituary of Enid Marx by Fay Sweet, The Independent, 19 May 1998.