Representations of Fathers in our Collections 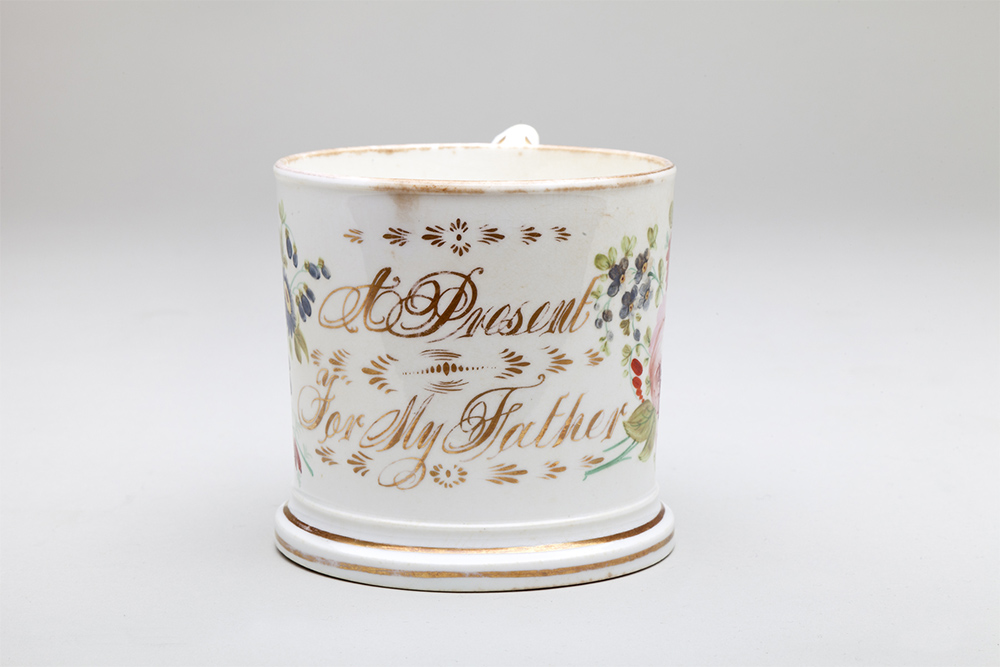 Compton Verney offers a very special invitation for all fathers to bring their families and see some very proud and happy fathers illustrated in our works of art. There are several fascinating scenes that display a father’s love and pride in their children. Begin on the top floor so that you work up an appetite for your Father’s Day celebratory meal or picnic!

This charming little painting shows a very proud father, his wife and children. He is possibly a wealthy tenant farmer or landowner, in Regency times. The décor is plain but suggests middle class wealth, contemporary fashion and an awareness that a family portrait is not only the prerogative of the upper classes. The simplicity and deliberate lack of any other detail allows the viewer to concentrate on the family harmony. Dressed in their Sunday best the family is prepared for church, the daughter holds a bible and a little posy. The artist is unknown, the style naïve, but they have caught the closeness and pride sometimes lacking in formal paintings.

A gentleman is showing his family the railway bridge over the River Wear, reconstructed in 1857 by Robert Stephenson, and ideal for a family outing. Fashionably dressed, the father is enlightening his family on its construction.  However the son, perhaps impatient with listening to his father’s lecture, eagerly skips ahead to get a closer view.  Occasions such as these were often popular subjects for pottery decoration and this family would have been among thousands of visitors to purchase one as a souvenir.

A thoughtful gift to show appreciation of a loving father.

In this lively painting Mr James Bott, a successful business man, is standing next to his son, who he may be training to run the business. Bott owns the tavern, the highly fashionable tea garden, the shop and the brewery. A hard-working character, he is not afraid of displaying his working apron – underlining a fundamental Victorian ethic that hard work brings success. This may have affected his marriage, as Bott was separated from his wife – his housekeeper is running the shop and keeping an eye on his daughter who is playing with a toy horse. In the foreground more families are shown out for a stroll, with two girls holding hands with their father.

And finally, a hero! In this splendid and very large painting Solimena has captured a seminal moment in Virgil’s legend The Aeneid, when Aeneas bravely faces death. Aeneas was a Trojan prince who escaped from Troy with his father, wife and son Ascanius and journeyed to Italy.  His wife died immediately, and after many adventures he arrived in Carthage and became the lover of Dido.  However, Venus, who was Aeneas’ real mother, and aware of his destiny, warned him to move on! Reluctantly obeying her, he left Dido in despair and sailed to the shores of Southern Italy – his father dying on the way.

Aeneas and Ascanius were welcomed by the local king and his daughter, who had been told by an oracle that Aeneas would come and marry the princess. However, Taunus, a jealous suitor, declared war. As the battle was raging Aeneas stopped to pray, and, while about to sue for peace, was struck by a barbed arrow in his leg.

This is the moment of high drama that Solimena captured – will Aeneas die?  The old doctor Iapyx is struggling vain, but Venus is about to come to the rescue. Knowing that her son must fulfil his destiny, she flew to Crete, picked up dittany (a healing herb), returned and dropped it in a bowl of water from the Tiber. In the painting she can be seen arriving in the clouds, above the figures on the battlefield.

The wound is washed; the arrow miraculously falls out, Aeneas leaps to his feet, returns to the battle, kills Taunus, marries the princess and lives happily ever after. He had fulfilled his destiny – bringing his son to Italy – and several hundred years later Ascanius’s descendants Romulus and Remus build Rome.

We hope you enjoy your visit to Compton Verney and these diverse stories of fatherhood from our collections – Happy Father’s Day.