Montgolfier Automata: the story behind it 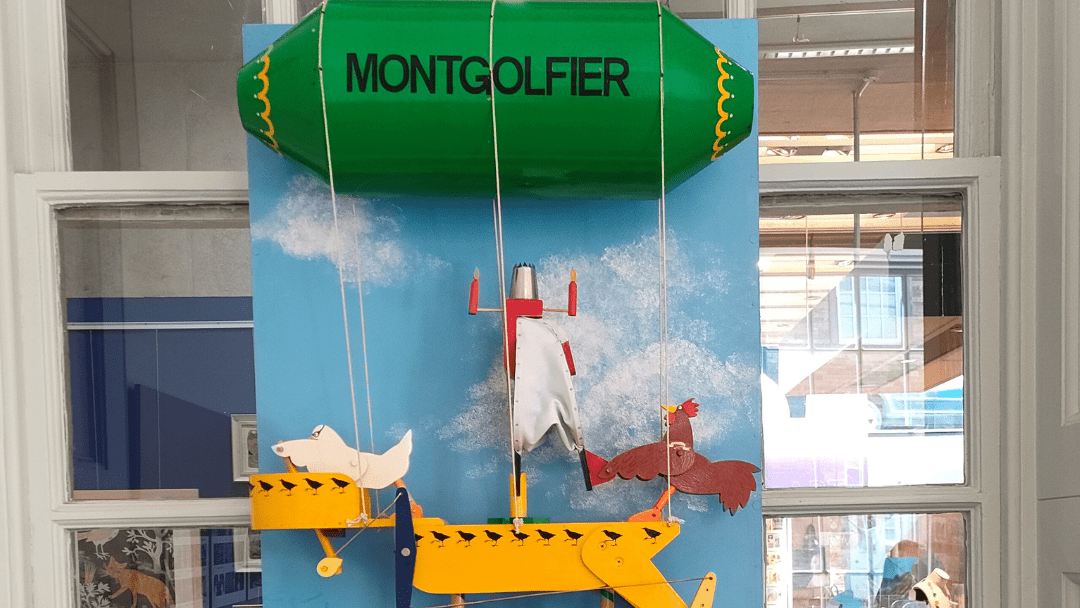 The Montgolfier brothers were aviation pioneers, balloonists and paper manufacturers in France in the 18th Century. Amongst many other entrepreneurial adventures, they were keen to prove that people could experience flight. There was some scepticism about whether humans would be able to tolerate the air at altitude. In order to test this out, they designed an experiment which they undertook in 1783. They made a paper balloon with a basket underneath in which they put 3 animals: a Sheep (close to human physiology), a Duck (a control, as it would be expected to survive) and a Rooster (similar to the duck, but not adapted to altitude). The demonstration flight took place in the presence of King Louis XV1 and Queen Marie Antoinette at the palace of Versailes. The flight lasted 8 minutes and went for 2 miles. The animals were unharmed, and the brothers went on to develop human flight.

Arthur took this story and re-imagined it, in which the animals were fully involved in flying a later version of the balloon. The Rooster provided the power to pump the bellows, The Duck steered, and the Sheep added power by cycling to drive the propeller. They seem to be enjoying themselves.

The Automata was designed and made by Arthur, and painted by Mally. It was made in circa 1986/87 Arthur & Mally met at Art School. Arthur was studying 3 D design, and Mally was on a foundation course leading (briefly) to a fine art course. They both left college early and set up as Toymakers. Over time they made a wide range of toys and gifts, with the Automata being the most adventurous. Their toys were sold all over the world and are in private and public collections, including two in the V & A.