Fungi: a whole other world of natural beauty to enjoy! 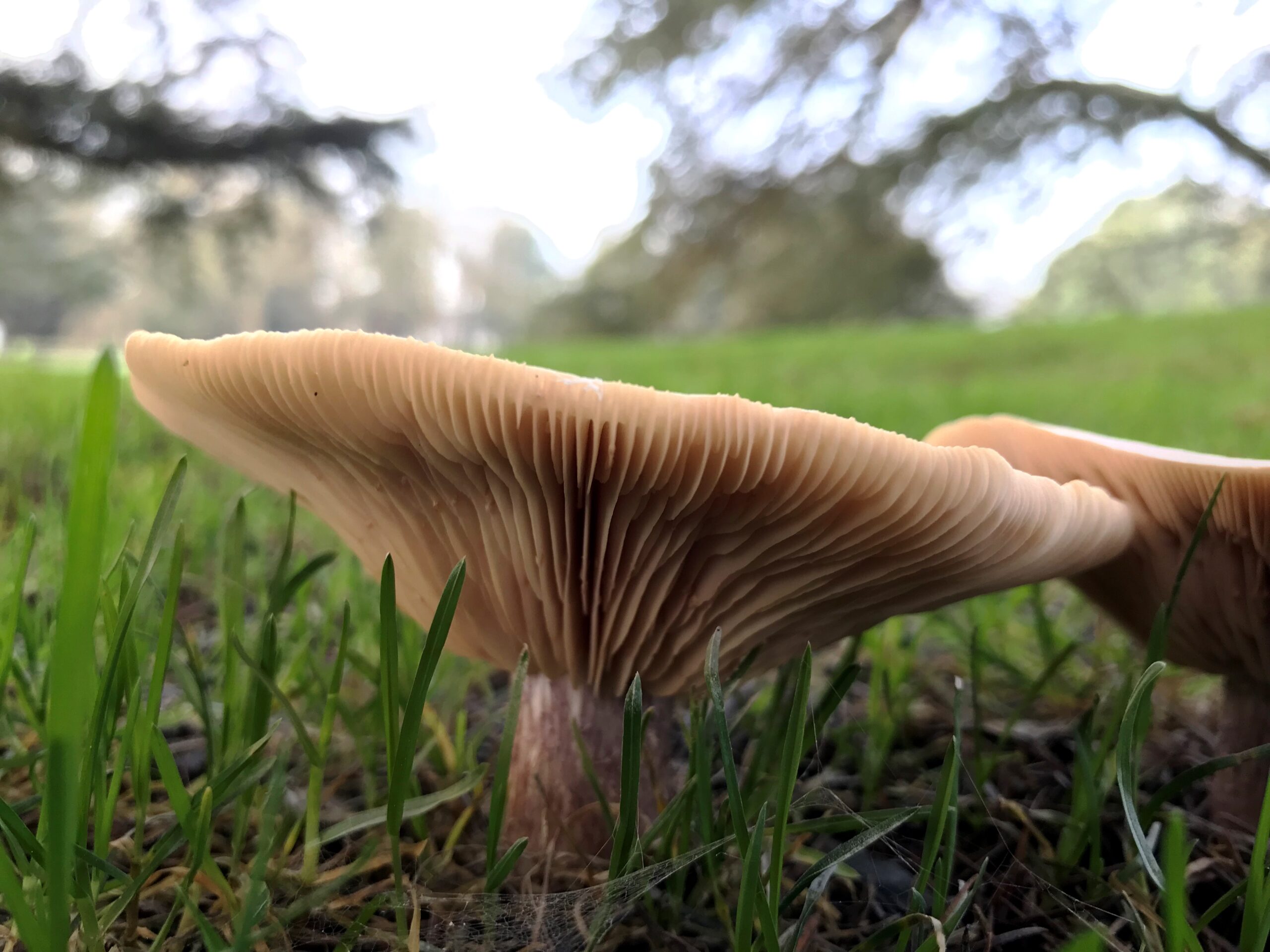 Fungi, as fascinating and prolific as they are, are a world away from the ‘comfortable’ horticultural world I occupy. They are hugely valuable though, and their presence in a natural landscape or garden offers much more than a short term unusual feature or splash of colour. 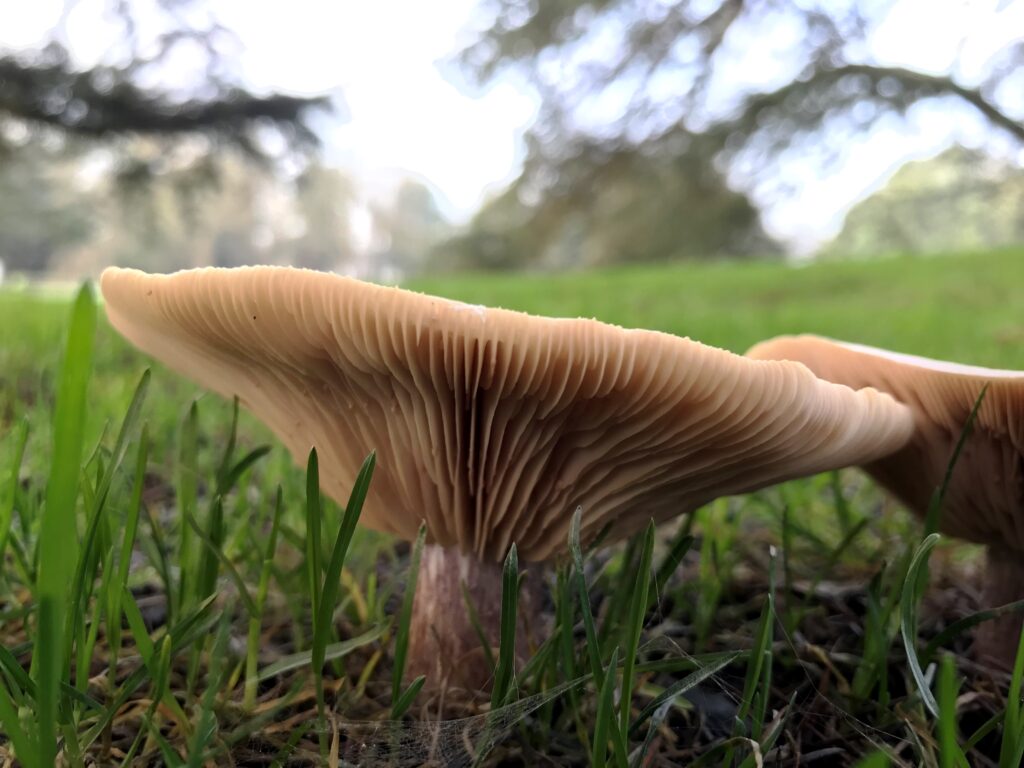 For example, when we see a fungus body on a tree, an informed person will look to understand not only the lifecycle of the fungus, but the effect it may have on its host tree: how will the fungus effect the tree; is the tree likely to fail; is it strong enough to live with the fungi? and so on.

The fungi kingdom is large, and very important, but to answer the question posed before takes time, and accurate identification. To this end, the grounds team at Compton Verney, already very busy year-through with a multitude of house keeping and horticultural tasks, were very pleased to welcome a new volunteer to the team in 2018, Dave Champion, who knows his fungi facts! 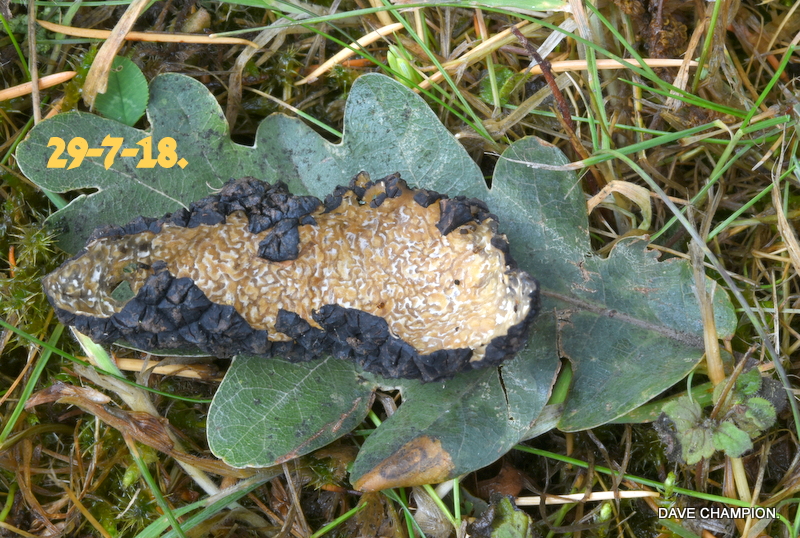 Remains of Summer-Truffle, Tuber aestivum – believed to be the first Warwickshire sighting for around 30 years. Copyright Dave Champion/Compton Verney

Already, Dave has been able to photograph and identify several species in corners of the park – that might otherwise have gone unnoticed. The first and a key find was the remains of the Summer or Burgundy Truffle, (Tuber aestivum) as shown above. A remarkable find considering it was just spotted amongst a field of grass, beneath an oak tree, in this largely eaten state.

Further research confirmed Dave’s initial identification, and also that it is the first known recording of this species in Warwickshire for at least thirty years. There are sure to be others out there, but hidden away and difficult to find. Needless to say, we’re very proud of this D.Champion 2018 discovery! 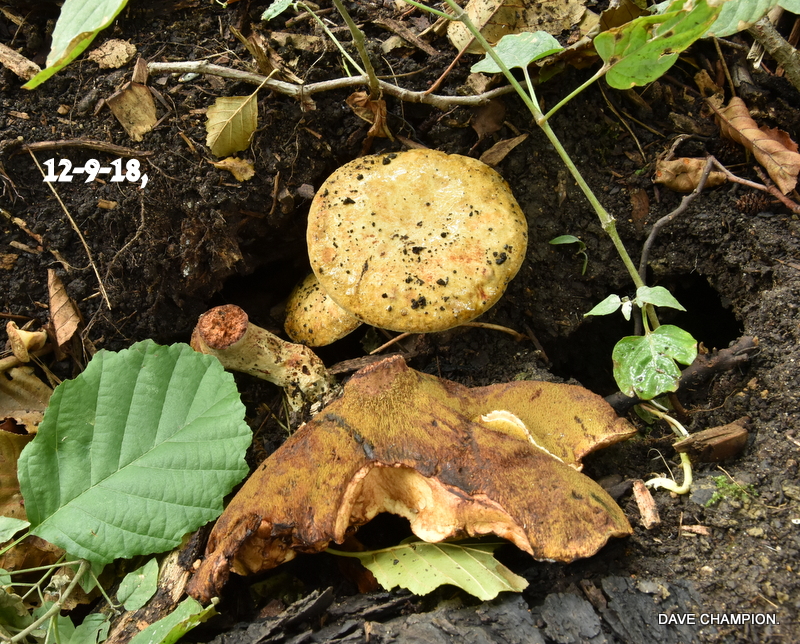 Yet another rare one turned up in September known commonly as an Alder Bolete (Gyrodon lividus). This fungi forms a mycorrhizal relationship with alder trees, which focussed Dave to this identification, as they were found beside living and decaying alder wood, near the bird hide/boardwalk. 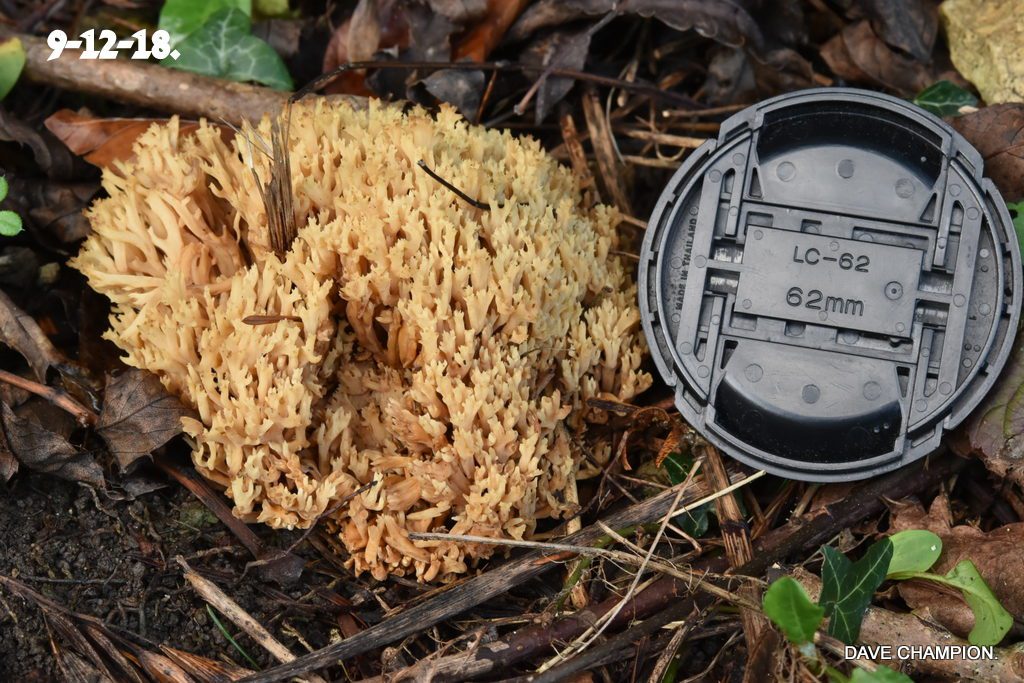 Another image worth showing, above, is one from the Ramaria genus, commonly known as a Coral Fungus, found tucked away in a woodland area amongst decaying leaves. This one exhibits that trees and stumps don’t have to be present, or in sight, for fungi to appear.

Finally, for this post we move to a Slime Mold identified as Comatricha nigra, shown below. A fascinating form in its own right and tiny, growing here on a decaying slither of timber. 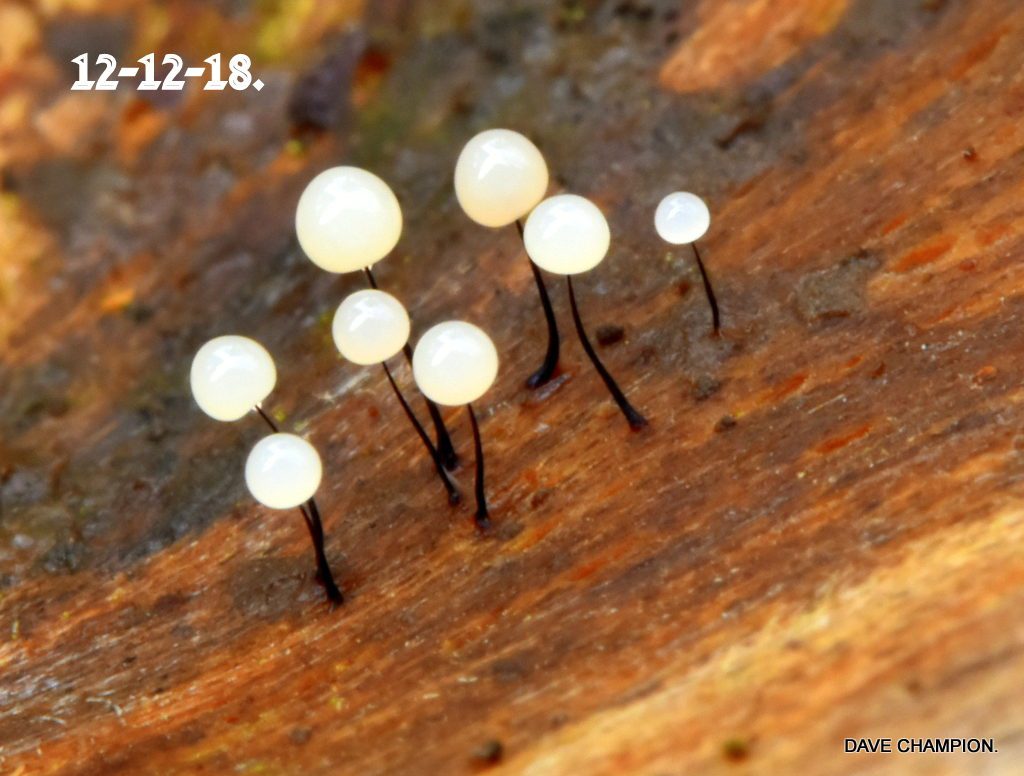 From a management perspective, it would be incorrect to say any gardener or grounds person ignores fungi – far from it; it is they who are most often best placed to observe, study and record them. However, as mentioned, the ‘study’ element carries time penalties, and is so often forced down the priority list.

To this end we were delighted when our growing volunteer team expanded to include Dave last year, for his knowledge, insight and time to research helps us immensely in our care of the delicate habitats that sit within the park at Compton Verney.

Hopefully Dave will continue to visit and record these amazing life forms, and time allowing; we’ll be sure to bring you the results through this landscape blog!

Until then, do look closer when you’re out and about, as the fungi kingdom is awaiting discovery in the unlikeliest of places – and it is a whole other world of natural beauty to enjoy! If you’re looking for a really good guide, I can heartily recommend ‘The Collins Complete Guide To British Mushrooms And Toadstools’, by Paul Sterry and Barry Hughes.