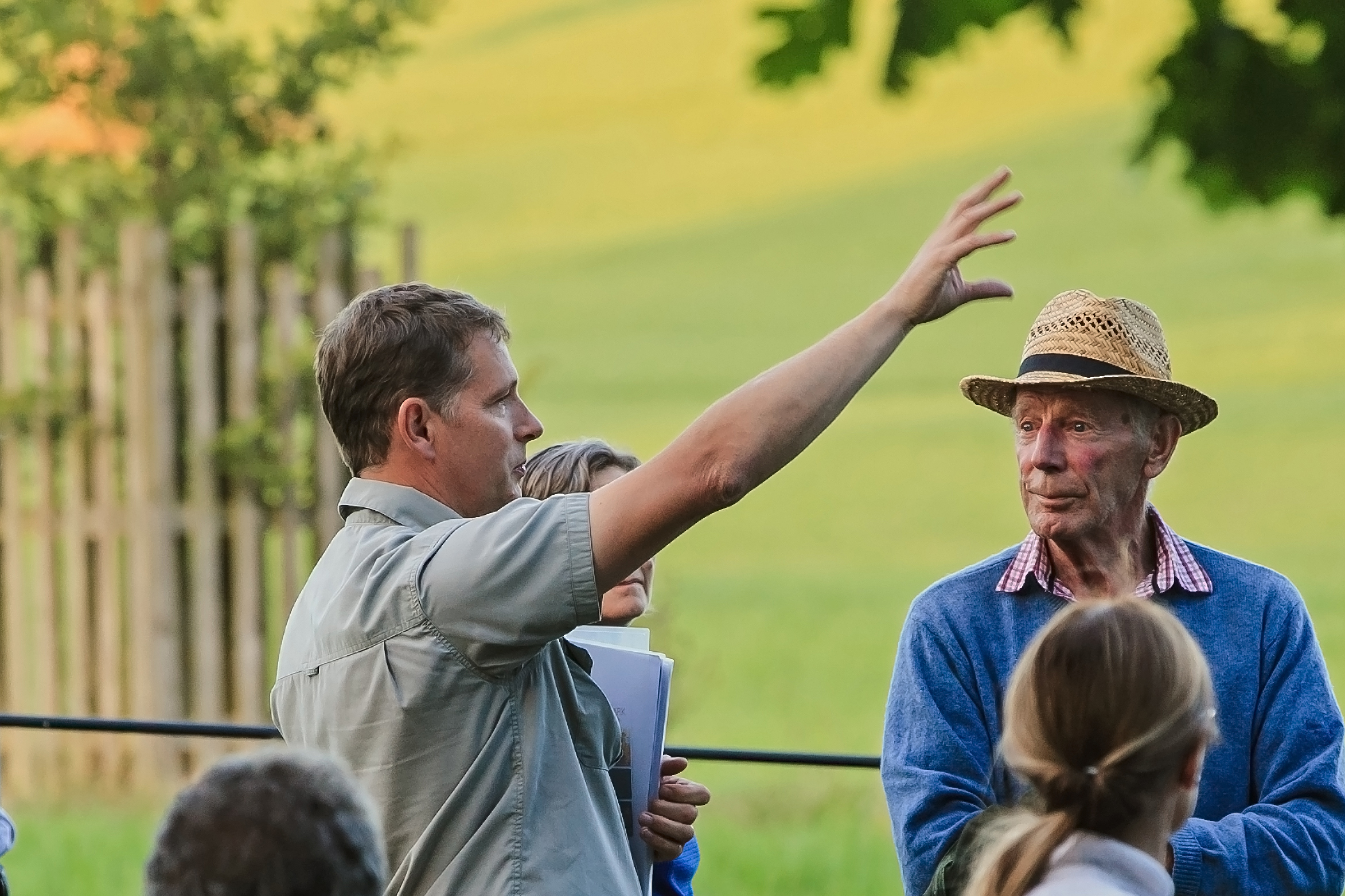 Last month we were very sorry to be saying goodbye to Gary, our Head of Landscape and Gardens. Gary worked here managing, nurturing and developing our historic landscape for nearly 10 years! We wish him all the best in his new role, but he will be greatly missed.

Before his final day we asked Gary a few questions about his time at Compton Verney.

What time of the year do you clear out dipping pond near bridge where the plaques are placed?
We don’t actually clear out the space around the dipping pond platform, as many of the insects of interest live amongst the leaf litter that accumulates beneath the water. However, there is a degree of silting away from the platform that will need to be addressed over the coming seasons, and as such we are presently engaged in planning a project that will address this essential work.

Who has been his favourite colleague in his time at Compton Verney?
In all honesty there hasn’t been a favourite. It might sound like a cliché but it has been the team of players who ultimately have made things work for me. I can liken it to being part of a sports team; where star players have been signed frequently to score goals, but have always been supported by other team players to win games, if that make sense?!

How long does it take to cut the grass?
Presenting a landscape garden, which relies heavily on different grass management techniques presents many challenges, and there isn’t actually a start or finish where grass cutting is concerned. In a good growing year, grass cutting at Compton Verney seemingly flows from one week to the next, but to break it into bite-size pieces, it works as follows: ride-on mowing is two days, pedestrian mowing is two to three days, and strimming is another two days.

What is the oldest tree/ plant/ flower/ shrub in the grounds?
When considering the oldest trees, I’m drawn instantly to the dense yew trees near the obelisk, these I believe would have lived in the burial ground of the original medieval chapel, and could potentially be over 400 years old! Additionally, there are many more yews of similar sizes throughout the Ice House Coppice just across the lake, and I’m tempted to think that the branches of those might once have been harvested by villagers in the adjacent Compton Murdak dwellings, for their longbows. Maybe this is why the area is referred to as a coppice?

What is your fondest memory of Compton Verney?
I attended a memorial gathering for Compton Verney’s founder Sir Peter Moores, who passed away in 2016. The occasion was arranged in Compton Verney’s 18thC chapel, and whilst an opera singer filled ‘Capability’ Brown’s freshly restored chapel with the most beautiful sound; I was really touched. I understood in a moment the contributions and achievements by so many people over such a long span of time. Incredible.

What has been your most surprising discovery?
Apart from last week, when I walked into the staff kitchen to find that the crockery had all been tidied away, it is most likely a little white clay pipe bowl that was unearthed when cultivating the allotment space in 2016. It featured footballers and, for such a tiny item, really offered a connection with a gardener from an earlier point in time – fascinating!

Do you have a favourite tree?
My favourite tree; now that’s a tough question! At this moment I’d choose the huge London Plane tree next to the allotment area. It is a very nicely formed, 18thC tree, with a nice balance and an incredible presence.

What have you learned?
I have learned a great deal about the necessary balance that needs to be found when managing an historic landscape garden, that is also a wildlife haven. Many things are interconnected, and to ‘manage’ one element in isolation, can be at the expense of another, possibly more important element. I’ve therefore learned to pace development carefully so as not to upset the apple cart, so to speak.

What is the name of the tree by the upper bridge, just before you go over it towards the house?
This tree is a London Plane, dating from after ‘Capability’ Brown’s period of work I believe.

What was your worst disaster moment?
At an early stage, when brush cutting through dense undergrowth in the coppice, the steel blade of my machine struck a hidden piece of white lias stone. The next day my neck became a little sore, and then a sharp pain developed, followed by a trip to A&E to have a piece of metal brush cutter blade discovered by X-ray, lodged in my neck! Thankfully to say, the item was removed with minimum discomfort, and a warning by a concerned nurse. At least these days we have moved beyond using metal blades, with an altogether more refined area to look after!

What achievement or aspect will you be proud to leave behind?
Apart from the wide array of planting that I have chosen and planted with the team, it would have to be the west lawn wild flower ‘lawn’. It has really started to flourish over the last few years, and finds a good balance between the wide ‘Capability’ Brown lawn effect – but with a much welcomed boost of wildlife friendly planting through the spring and summer seasons. I hope to see it flourish and get even better in the years to come.