A Public Vaccination Station in Nottingham in 1898

Mass vaccination centres are not new in the towns and cities of the United Kingdom.

In this painting, one of several street scenes in our British Folk Art Collection, we can see a public vaccination station in Queen Ann’s Street, Nottingham. It is just to the right of the impressive corner premises of A. Marshall, Dyer and Scourer, who probably commissioned the painting and who may well be the figure standing proudly outside the shop. 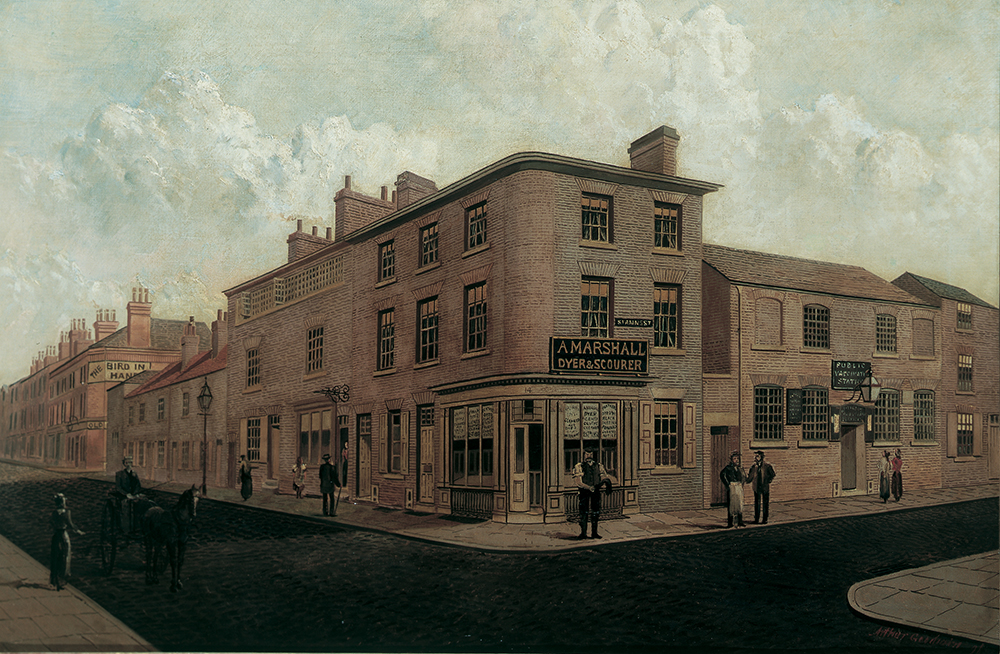 Smallpox was a deadly air-born disease which had been prevalent in Britain for centuries and killed around twenty per cent of its victims. Those who survived were often horribly scarred. Edward Jenner developed the first ever successful vaccine in 1796. In 1853 the Vaccination Act made vaccination against small pox compulsory in Britain. All babies had to receive the vaccine, usually from the Public Vaccinator of the district, within the first three months of their life and many of them would have attended a vaccination centre like the one in the painting. Initially parents faced a fine of £1 if they failed to comply, but by the time of this painting certain exemptions were allowed. Vaccination for small pox was discontinued in 1971 by which time it had been all but eradicated in Britain, giving hope for the current programme of mass vaccination.